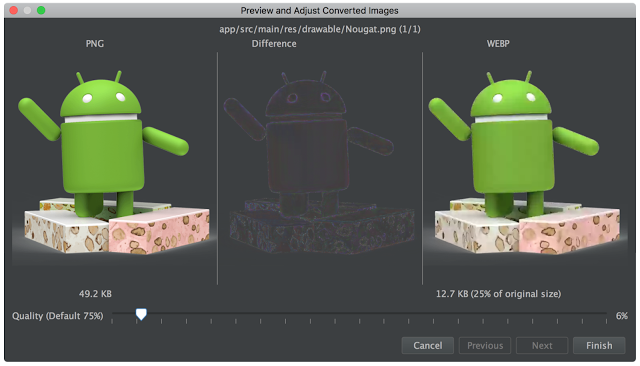 Google is updating its IDE for Android to give developers more features and enhancements to improve their apps. Android 2.3 features quality improvements as well as new features for each phase of the development workflow.

For the build phase, the company made significant changes to Instant Run and the UI in the IDE. The Run action will now ensure an application restarts to reflect any code changes and attempt to swap code if the code continues to run with the Apply Changes feature. In addition, Android Studio 2.3 eliminates the startup lag for Instant Run, and it features Build Cache, which was previously disabled by default in version 2.2.

The design phase features chains and ratios support in Constraint Layout to allow users to chain two or more Android views and maintain aspect ratio. Other features include an update to the Layout Editor palette, the added ability to save favorite attributes per widget, WebP support, and an updated vector asset wizard to support search and filtering.

“The focus for this release is quality improvements across the IDE,” wrote Jamal Eason, product manager for Android, in a blog post. “We are grateful for all your feedback so far. We are committed to continuing to invest in making Android Studio fast and seamless for the millions of Android app developers across the world.”