From the Editors: Oracle: The last of the great apes

From the Editors
Published: September 10th, 2015
- SD Times Editorial Board 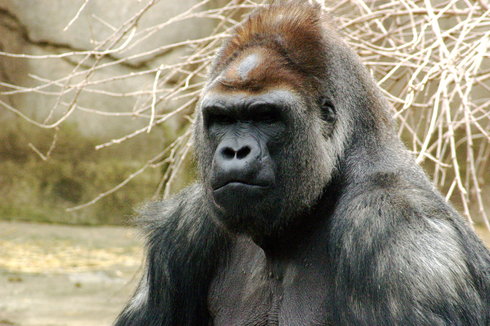 There was a time, when evolution was just kicking off here in the Valley, when the titans of Wall Street dominated the scene and its mentalities. These were the 1980s and 1990s, and thousands of technology companies were cut to ribbons by the long swords of people like Bill Gates and Jack Tramiel. Among all these so-called cyber-samurai was one man who stood supreme among the database shogunate.

His name was Larry Ellison, and he wielded his market influence, bank account and people with a deftness rarely seen. Competitors were eviscerated, databases acquired, standards besmirched, all in the name of building a more profitable Oracle. These were turbulent times, of ronin defending company-villages from raiders.

(Related: The latest on Oracle’s legal fight with Google)

Those days, however, are over. Sure there’s elbow-throwing, but the vast majority of software companies long ago realized that through standards, open source and common interfaces, we’re all able to get a lot more work done together than we were when everyone was trying to slit each other’s throats in the night.

Now, someone please inform Oracle that the wars are over.

This past month, Oracle has been complaining that Android is killing Java for mobile devices, and its Chief Security Officer has threatened customers in a blog post not to reverse-engineer its software for fear of violating their license agreements. That post was removed after about six hours.

Incidentally, this Oracle v. Google lawsuit has gotten out of hand. We officially declare it has reached SCO proportions. Android killed Java ME, says Oracle. Java ME, though, was essentially a non-starter well before Android came along. Besides, Android is the best thing that’s ever happened to Java in terms of moving the language forward and into the hands of more and more developers.

Oracle needs to stop behaving like a drunken uncle in the marketplace. Its apparent disdain for its own clients, competitors and the open-source world in general is unacceptable. Anyone out there who uses BerkeleyDB knows exactly what we’re talking about: This once-glorious open-source database is now frozen in time, with no new features of meaning in years, and no security updates of worth either. Want an update? Step up to the paid version.

Unless things start to change at Oracle (and soon), the company could begin to crumble. People—not “customers” or “competitors”—want to have freedom and choice when it comes to software, not ham-handed lock-in and oppressive licenses. Even Microsoft, the one-time symbol of vendor lock-in and the sworn enemy of open source, understands this, and has transformed into a company supportive of numerous open-source projects and welcoming of users of others’ software.

Larry, the war is over. Come get your hug.