Samsung announced it is delaying sales of the Samsung Z smartphone, the company’s first device running Tizen, the rival mobile platform to Android and iOS. Samsung canceled a developer conference in Russia where the device was set for launch, saying the postponement is due to “further enhancement of the Tizen ecosystem.”

(Related: Why you shouldn’t bet on Tizen)

Samsung did not announce a new release data for the Tizen-powered Samsung Z. – Rob Marvin

Wearable electronic toy that teaches programming to kids
A new wearable is taking advantage of socializing and accessorizing to get kids into programming. Linkitz, the electronic toy designed by MIT Ph.D. Lyssa Neel, is a modular wearable that snaps links together and provides a kid-friendly visual programming language that allows kids to change how the links behave. 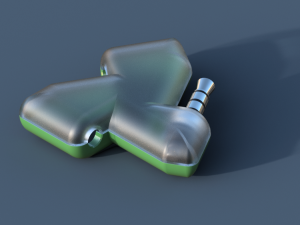 “We don’t ‘teach’ programming,” the Linkitz team wrote on its website. “Linkitz believes in giving kids age-appropriate programming tools and a great reason to use them!”

The Linkitz team is currently working on the first prototype, and hopes to develop an ecosystem of versatile, adaptive devices. – Christina Mulligan

Hidden volume encryption does not rely on heuristics or obfuscation, but instead roots its security in mathematically proven cryptographic primitives. The Northeastern University researchers who developed HiVE augmented the established hidden volume disk encryption program used in TrueCrypt, allowing for multiple hidden volumes and a cryptographic tool called Oblivious RAM that protects against “chosen plaintext” attacks.

According to the preliminary results of a study by security research firm Codenomicon, which first discovered and named the Heartbleed vulnerability, a majority of the 50 apps send user data to third-party advertising networks without user permission, with more than 30% doing so in plain text. The study found that one in 10 apps send either a device’s IMEI code or location data to a third party, one in 10 apps connected to more than two ad networks, and one sent the user’s mobile phone number to third-party ad agencies.

Codenomicon chief security specialist Olli Jarva, told iTnews that 80% to 90% of mobile app software is made up of reused libraries, most of which are available under open source, and that was because developers “did not want to invest in reinventing the wheel” with every app that they release.” The researchers concluded most developers were unaware of the vulnerabilities when the code was shipped. – Rob Marvin

GNU EMMS 4.0 released
Version 4.0 of EMMS, the Emacs MultiMedia System for GNU, has been released.

For a full list of features, head over to the GNU Archive. – Rob Marvin