From the Editors: DevOps may drive IT people to extinction 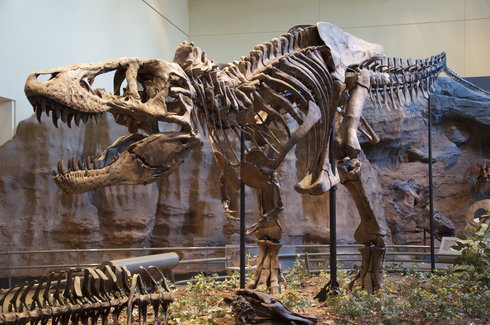 The term “DevOps” has now existed long enough to have made the arduous journey from buzzword to industry mainstay. That, however, does not mean there are no longer arguments about just what the term means. In this issue, we even heard some say that DevOps is a harmful term that divides duties along imaginary IT/developer lines.

Ten years ago, this was distinctly not the case. There was hardware and there was software, and when the hardware stopped working, it was IT’s problem. Hardware is tough to handle, and when you had thousands of pieces of it, you surely needed someone to be in charge of it all.

(Related: DevOps: It’s all about the culture)

What a difference a decade can make. Today, we’re heading toward a future where there really isn’t any hardware to worry about. If the hardware goes down, you throw out the virtual machine and reboot it in 10 seconds on another machine nearby. The actual infrastructure on top of which our applications run is, itself, software-defined. Even networking, a classic IT domain, has begun to turn into software.

With platforms such as Puppet, Chef and Ansible, most IT pros now spend their days writing code—albeit infrastructure code. Most developers now spend their days pushing things into Amazon Web Services, or some other cloud service, albeit only as a way to test or deploy code they’ve written. No matter how you look at it, developers are spending more time provisioning machines, and operations teams are spending more time writing code.

Where is this all going? Is the end game to eliminate all IT people?

Just imagine what it will be like to take a job as a programmer at a large corporation in 10 to 20 years. They will not hand you a massive project with millions of lines of code that runs on a newer version of hardware originally created in the 1960s. Rather, they’ll point you at a repository (probably Git) and tell you that everything you need for the application is in there: the server descriptions, the networking environment, the build, test and deploy assets. In fact, the only thing that is missing in order to fulfill this dream is a one-click deploy framework for the corporate cloud. Fortunately, there are about 10,000 container orchestration projects already in the works, and if history has taught us anything, it’s that these tools will get easier, faster, and more reliable until we have a winner or winners in the category.

As soon as that happens, IT’s days could be numbered.