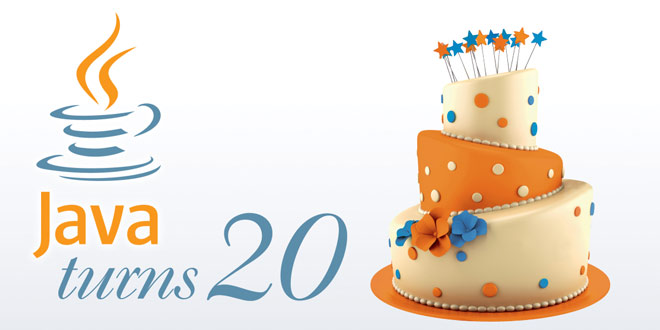 When a small team at Sun Microsystems set out to research the future of digital devices in 1990, they could never have guessed that their work would spawn the most popular programming language for enterprise systems. Twenty years later, and Java remains the workhorse of the enterprise, despite its origin as a language for embedded systems and cross-platform, browser-side applications.

It’s been a long, strange trip for this programming language, but through it all, the one thing Java has managed to do is stay relevant to modern business needs. “One of the most impressive things about Java,” said Geir Magnusson Jr., founder of the Apache Harmony project, “is that 20 years later we’re talking about it because it’s really relevant. I don’t think you can point to anything that’s 20 years old that’s this relevant. There’s no operating system you can say that about. There’s no other language you can say that about.”

Mark Reinhold, chief architect for the Java Platform Group at Oracle, said that this longevity is thanks to a ruthless dedication to both evolving and staying the same. “Not only does Java take compatibility very seriously, but Java has been able to evolve to keep up with the times. There aren’t many languages that have gone through the major changes Java has: It added generics in 2005, and lambdas last year, while keeping pretty much all existing code running,” he said.

But it wasn’t always this way. Back in 1990, Bill Joy commissioned Sun developer Patrick Naughton to research the future of development and systems. A few years later, Naughton was joined by Mike Sheridan and James Gosling. The team was renamed “The Green Team” and moved off-site so as not to be bothered by the day-to-day demands of business.

Soon after, the team began working on Star7, a touch-screen PDA designed to help people control their home stereos and entertainment centers. Based in the days when set-top boxes were destined to bring the Internet to our televisions, Star7 never made it to market.

Gosling, while working on Star7, created a programming language known as Oak, named after a large tree outside his office window. This language was built in the image of C++, but with Gosling changing all the bits he felt were too complex or hard to manage. He jokingly called Oak, “C++ ++ –” in reference to his removal and addition of features.

The work continued on Oak and Star7 until it became obvious that Oak was the really interesting bit of the technology. By 1995, Oak had been renamed Java so as to not anger Oak Technologies, a chip maker. With this new name on top, the language was trotted out on stage at the first JavaOne conference, where Marc Andreessen announced that it would be included in the Netscape browser.