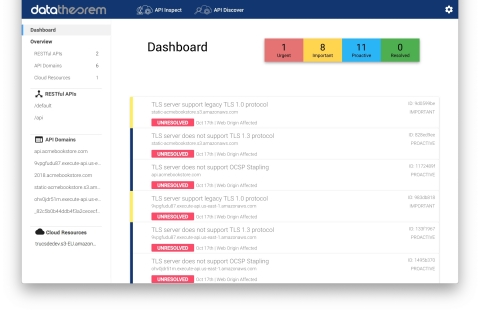 The rise of microservices and serverless applications has enabled developers to build apps at scale and with less complexity at lower costs. But these new modern apps also come with a new set of issues and problems developers have to be concerned about.

“Protecting web APIs with traditional application security solutions alone is ineffective… New APIs are being added and consumed by organizations on an ongoing basis, meaning that API security is not a one-time exercise… Application and application security leaders responsible for application strategies and governance should adopt a continuous approach to API security with ongoing discovery, monitoring and securing of APIs,” Gartner senior director Mark O’Neil wrote in the organization’s How to Build an Effective API Security Strategy report.

Together, the API security solutions solutions will address security concerns such as shadow APIs, serverless apps and API Gateway cross-check validation with continuous security assessments on API authentication, encryption, source code and logging, the company explained. In addition, they support Amazon’s Lambda and API Gateway tools as well as standards like Swagger and Open API 3.0. If a user’s API authentication or encryption levels do not match the declared specification, the tools will alert users of any vulnerabilities or insufficient security protection. Other alerts will include the creation of APIs built on serverless frameworks as well as an automated security analysis of the new APIs.

How these vendors help companies with API management