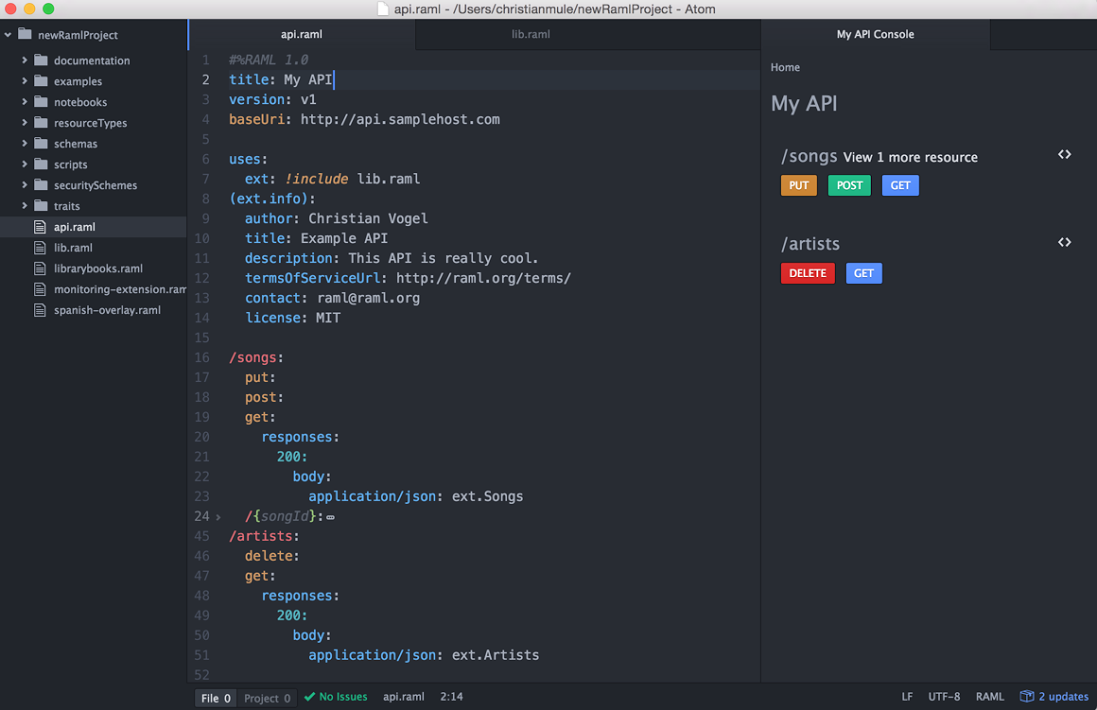 Developers can now manage the full API life cycle with the newly launched API Workbench, which will be offered by MuleSoft, a software company that provides integration software for connecting applications, data and devices.

API Workbench started out as just a workbench for RAML (RESTful API Modeling Language) development, but that was when it was a prototype. Today it is an integrated development environment (IDE) for working with RESTful APIs, and it’s a free service for the entire RAML community.

The Workbench announcement comes after the RAML workgroup announced its publication of the RAML 1.0 specification. API Workbench supports both RAML 0.8 and RAML 1.0, making it easy to manage the whole API life cycle, from designing to sharing APIs. This will also help the development environment for API developers.

“With API Workbench as the first fully featured IDE for API design, no longer is API design a second-class citizen,” said Uri Sarid, CTO of MuleSoft. “Developers can now work on their RAML API specs wherever they are.”

Sarid also said that Workbench was not created for competition, since it is a free service. MuleSoft’s hope is to make developers lives’ easier and be useful for those who produce APIs.

“What this means is that the community can build on top of it or will be able to plug it into other editors, creating the best experience for themselves and what they need to design APIs with simplicity,” said Sarid.

Some other features of API Workbench includes a desktop-based IDE with strongly typed languages, an interactive API Console, and integrated scripting engine for testing and use-case documentation.

API Workbench can be found for free or as a plug-in for Atom IDE from GitHub.