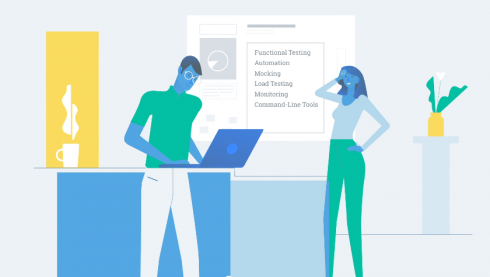 API Fortress has released new tools for developers and automation engineers. The tools will enable those groups to introduce API test automation into their daily workflows with very little effort.

“Software quality in the age of mass adoption is a crucial aspect of the development cycle,” said Simone Pezzano, CTO at API Fortress. “API Fortress empowered QAs to write rich integration tests capable of hunting down discrepancies between the expected behavior and the actual results, in very complicated flows. But at the same time, we acknowledge that the developers’ contribution in quality control is still very relevant, so we decided to open API Fortress to their internal flows. Developers are tough customers, because they (we) have a strict, organized approach to coding and software progression through versions, so we had a duty to extend our platform to allow them to not change their habits.”

The Go team reveals plans for modules in coming year
The Go team has revealed what their plan are in relation to module support next year. Currently, module support is maintained by traditional GOPATH-based mechanisms, but in Go 1.12 (planned for February 2019), module support will be refined, but still left in auto mode by default. In August, Go 1.13 will likely have module mode enabled by default and GOPATH will be deprecated.

Project Mu introduces UEFI features that are targeted at modern Windows decides. It offers a code structure and development process for building scalable and serviceable firmware. According to the company, Project Mu is also able to support Firmware as a Service, which optimizes UEFI and other firmware to allow for timely patches for keeping firmware up to date.