Recent App Store Review Guidelines changes from Apple are starting to cause some serious problems for DIY app builders and SMBs.

A few months ago at Apple’s Developer Conference, Apple announced changes to the design and standards for approval to the App Store. A big change comes with rule 4.2.6, which states that “apps created from a commercialized template or app generation service will be rejected.”

According to Abs Girdhar, Appy Pie’s CEO, this could potentially render development assistance tools or DIY app development solutions illegal, and many are unsure as to how this will actually pan out, especially since the rules leave some room for interpretation.

Girdhar said that Apple has since used this rule to purge its App Store of a large amount of apps that it considers to be clones, copies, fraudulent, as well as dead apps or those which aren’t 64-bit compatible. Apple had a similar guideline in its Design/Minimum Functionality rule which clearly stated apps that only include links, images, or content aggregated from the Internet with limited or no native iOS functionality are not appropriate. He also said apps that do not sufficiently differ from a mobile web browsing experience are not appropriate for the App Store. Essentially, it was never “OK” to straight-up copy an app, change names and images and re-post it as your own, said Girdhar. 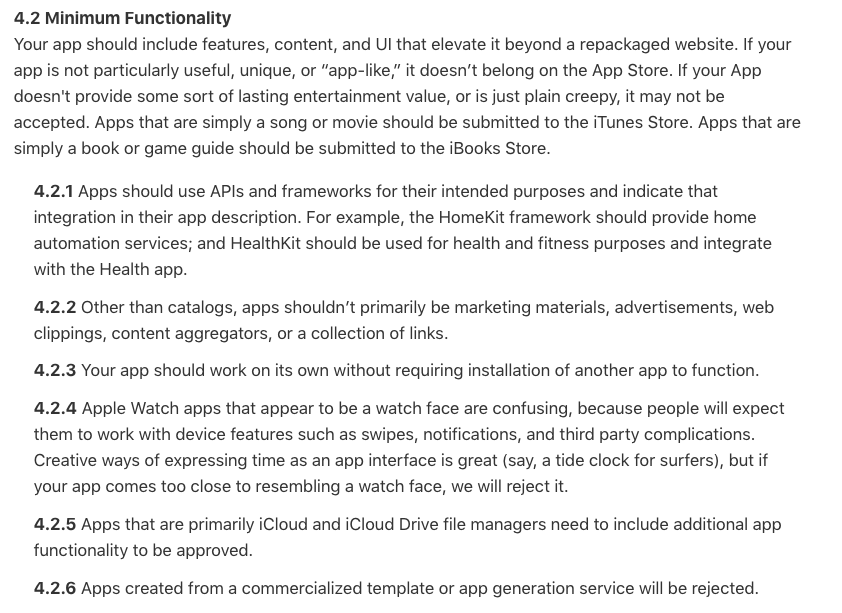 Apple is performing the cleanup so it doesn’t dissuade the use of third-party app production tools, and it only targets the apps that violate rule 4.2.6. However, Girdhar said recently one of its apps created with Appy Pie’s DIY app platform was rejected, despite its sleek design and good features. The app, called Neo Gourmet, was rejected twice and Apple suggested Appy Pie try it as a web app instead.

The app is comprised of native features like online food ordering and delivery, where users can order food items and the delivery is tracked by the customer. There is a driver version of the app which is live-using their enterprise account, since it is only available to drivers and from the driver’s app. The app takes a device’s native GPS coordinates and shares the same with the customer application, which requires APNS to broadcast location-based push notifications and in-app messages via geofencing, as well as another feature where customers can place orders via messenger using text chat, voice chat and video chat.

We asked Girdhar if he could just take the rejected application to another app store to get it published, but he said there is nowhere else you can go since Apple has monopolized the complete ecosystem. If an app gets rejected, that means you will never have an app for iOS and it’s unlikely to move it to Android since they do not even allow private distribution.

“If this continues, it can have a major impact on DIY app platforms, which will eventually have an impact on small business owners,” said Girdhar.

Here’s why: Having a mobile application today is a major component for driving sales and marketing strategies. Girdhar calls it the “new business card,” — if you don’t have one, you might as well not be in business. Creating applications the traditional way with coders and developers and a mobile development team is a great way to get a solid mobile application for your business, but this can get expensive.

“DIY app platforms, which require little to no coding experience and are inexpensive, have democratized apps for small business owners,” said Girdhar. “If Apple is to eliminate apps created by DIY platforms, they are likely to be for SMBs.”

He thinks we need to protect the DIY platform industry, which in turn will protect the SMB industry. He can’t grasp Apple’s rationale as to why an application can’t be used to promote SMBs. The way to fight back though is difficult, especially since you’ll need deep pockets and the best legal brains to fight Apple. But it won’t be you and I that’s losing the battle; it will be your neighborhood barber or cafe, said Girdhar. 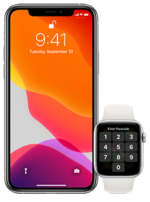