Bill Gates weighs in on FBI vs. Apple debate 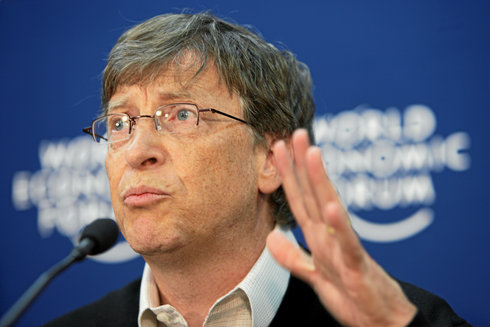 Bill Gates is reportedly on the side of the FBI in its conflict with Apple. The FBI had asked Apple for the ability to hack into a phone belonging to one of the shooters in the San Bernardino, Calif., terror attack that occurred late last year, but Apple stated that if it allowed the FBI to do so it would threaten the security of its customers. Gates reportedly doesn’t believe such action would impose on Apple business or customers.

In an interview with the Financial Times, Gate stated the FBI isn’t “asking for some general thing, [it is] asking for a particular case.

“It is no different than [the question of] should anybody ever have been able to tell the phone company to get information, should anybody be able to get at bank records. Let’s say the bank had tied a ribbon round the disk drive and said ‘Don’t make me cut this ribbon, because you’ll make me cut it many times,’ ” he said.

In response to the Financial Times article, Gate backtracked his comments a little, stating the article didn’t accurately capture his views.

He told Bloomberg TV: “I was disappointed, because that doesn’t state my view on this. I do believe that with the right safeguards, there are cases where the government, on our behalf—like stopping terrorism, which could get worse in the future—that that is valuable. But striking that balance—clearly the government [has] taken information, historically, and used it in ways that we didn’t expect, going all the way back, say, to the FBI under J. Edgar Hoover. So I’m hoping now we can have the discussion. I do believe there are sets of safeguards where the government shouldn’t have to be completely blind,” according to re/code.