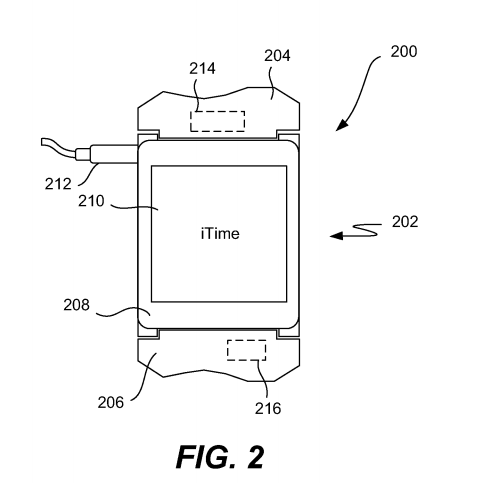 The U.S. Patent and Trademark Office published an approved Apple patent entitled “Wrist-worn electronic device and methods therefor,” which details plans for a wearable that can connect to other Apple devices, as well as the watch’s smart strap with built-in sensors. Designs for the wrist-worn device also show support for arm and wrist gestures, as well as GPS modules, vibrating notifications and WiFi.

The squarely designed wearable looks to transform the idea of an iPod Nano into a smartwatch that can connect to other devices as a media player or exist as a completely contained device. There is no information yet on when the iTime might be released, but rumors speculate late 2014 or early 2015. – Rob Marvin

“Today, if you want to run your own personal server, you basically have to be trained as a system administrator, and even for those who know how to do that, it still takes a lot of time and money that most people don’t want to spend,” said Kenton Varda, team lead for Sandstorm, in a video.

Sandstorm provides a solution for hosting Web apps that gives users the experience from services like Dropbox or Gmail but uses the software they choose on servers they control. With Indiegogo, Sandstorm hopes to raise enough money to get it ready for production use. – Christina Mulligan

Microsoft announces Azure support for open-source projects
Microsoft Open Technologies has partnered up with Packer.io, an open-source tool for creating machine images for multiple platforms from a single source configuration; and OpenNebula, a solution for managing virtualized data centers to allow interoperability of apps and services on different technologies.

As part of the partnership, two Packer plug-ins for Microsoft Azure and Hyper-V will be introduced, and a new set of plug-ins to allow the use of OpenNeubla on Microsoft Azure will be added. In addition, Microsoft announced Packer support for Azure is on the way, which would allow Packer to create custom virtual machine images, save them on the Azure blob storage, and launch them to the Azure infrastructure services.

“These two partnerships are part of our overall goal to simplify [the] development and deployment experience,” wrote Jean Paoli, president of Microsoft Open Technologies, on the organization’s blog. – Christina Mulligan

“Onsen UI 1.1 provides the power of modern HTML5 technology without requiring deep understanding of the underlying complexity,” said Masahiro Tanaka, CEO of Monaca. “With our new jQuery support, developers will have even more options when using Onsen UI to create world-class hybrid apps. This is especially useful for developers and designers who desire a more lightweight solution than AngularJS, or who want to increase the performance of their existing apps without a fundamental change.”