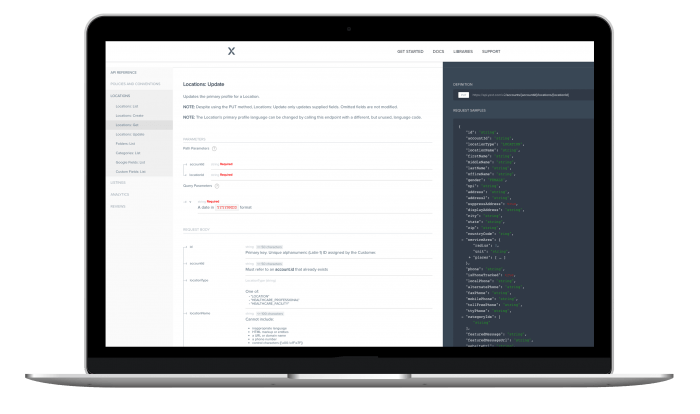 Yext, a database for location data, has announced a new developer platform designed to take location data out of spreadsheets and into a more centralized solution. The Yext Location Cloud Platform is designed to give businesses the control and ability to manage their location data across the organization. It features open APIs, a developer console, a developer portal, developer accounts, geocoding, custom fields. smart address formats, and a customizable local user portal.

“Location data touches all parts of an organization, but typically, each department has their own system of management, leading to duplicate and often contradictory information within the company,” said Marc Ferrentino, Yext’s Chief Strategy Officer. “From changes in office hours to warehouse opening and closings—and from localized email sends to support line call-routing—businesses need a centralized way manage their location data.”

Scala 2.12.0 available
The availability of Scala 2.12.0 comes with a completely overhauled Scala compiler in order to make use of the new VM features available in Java 8. A new optimizer is available with this release along with improvements to the Scala and Java 8 interoperability.

Scala 2.12 is all about making optimal use of Java 8’s new features, which is why it generates code that requires a Java 8 runtime, according to a company release. A trait compiles directly to an interface with default methods in this release, which improves binary compatibility and Java interoperability, according to the company. The new optimizer eliminates closure allocations, dead code, and box/unbox pairs more effectively. From this point on, 2.12.x releases will be fully binary-compatible.

By the end of November, known issues in this release will be resolved in 2.12.1. The list of open-source libraries released for Scala 2.12 can be found here.

FlockerHub is like GitHub for data, said the company in a statement. Fli is a Git-like command-line interface that lets developers push and pull data volumes to FlockerHub. With both products, developers and DevOps teams can seamlessly move data between their devices, test environments, data centers and clouds.

Both products aim to solve some of the challenges DevOps teams face for effective data management across complete application life cycles, said the company. Both FlockerHub and Fli improve processes for managing and distributing data across containerized environments.

Some features of the products include the ability to use realistic test data, on-demand staging for each commit, and (with Fli) database states can be regularly snapshotted and pushed to FlockerHub.

FlockerHub launches in beta on Nov. 8, and developers can sign up here. Fli will be available as an Apache 2.0 download the same day.

Red Hat updates its Linux operating system
Red Hat has announced the availability of Red Hat Enterprise Linux 7.3. The latest release features improvements to performance, security and reliability, as well as new capabilities around Linux containers and the Internet of Things.