Just like the medical instrument that checks the beating heart inside of humans, Netflix’s open-source Stethoscope tool collects information from users’ devices, giving them clear insight into how they are operating and what they need to fix to keep them “healthy.”

Technically speaking, Stethoscope is a web application that gathers information from users’ devices, giving them “clear and specific recommendations for securing their systems,” according to Netflix developers Jesse Kriss and Andrew White in a blog post.

Open-sourcing Stethoscope makes it the first project adhering to Netflix’s User Focused Security approach, which acknowledges that phishing, malware, and other attacks on corporate users lead to major security incidents and data breaches, reads the blog.

Netflix also wrote that it’s important that everyone understands the steps they can take to improve their device’s security, since often phones and personal devices are the first target for attacks.

That’s where Stethoscope comes into play. It’s powered by a Python back end and a React front end. It doesn’t have its own data store, but Kriss and White wrote that “it directly queries various data sources for device information, then merges that data for display.”

Since the data sources are implemented as plug-ins, Kriss and White said it should be easy to add new inputs. Currently, it supports LANDESK for Windows, Jamf for Macs, and Google MDM for mobile devices.

Stethoscope also gives users an interface for responding to notifications, so if there is suspicious activity, they get a notification like this: 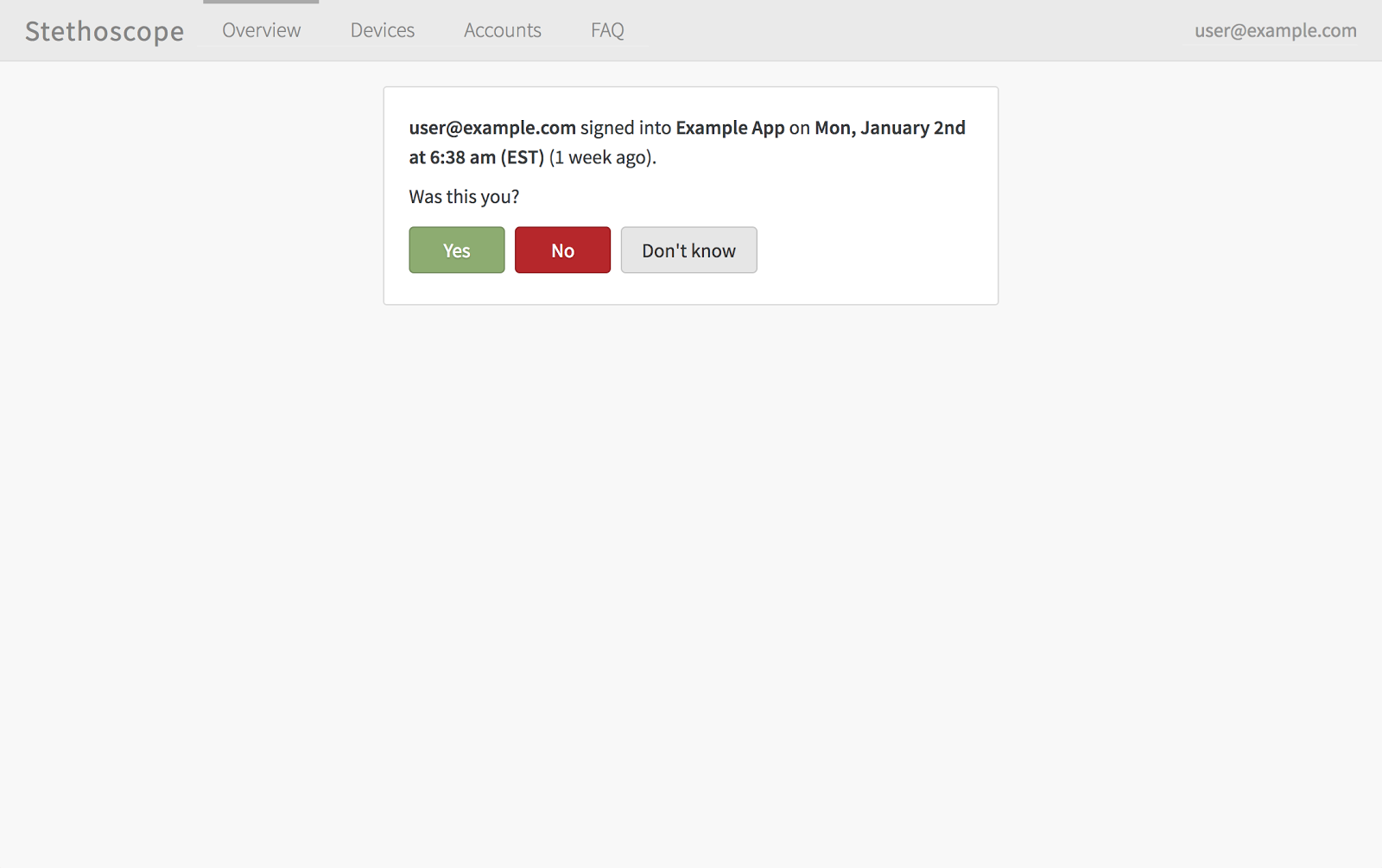 Developers can get a feel for Stethoscope on GitHub by running the front end with sample data with a single command. Netflix also has a Docker Compose configuration for running the full application.