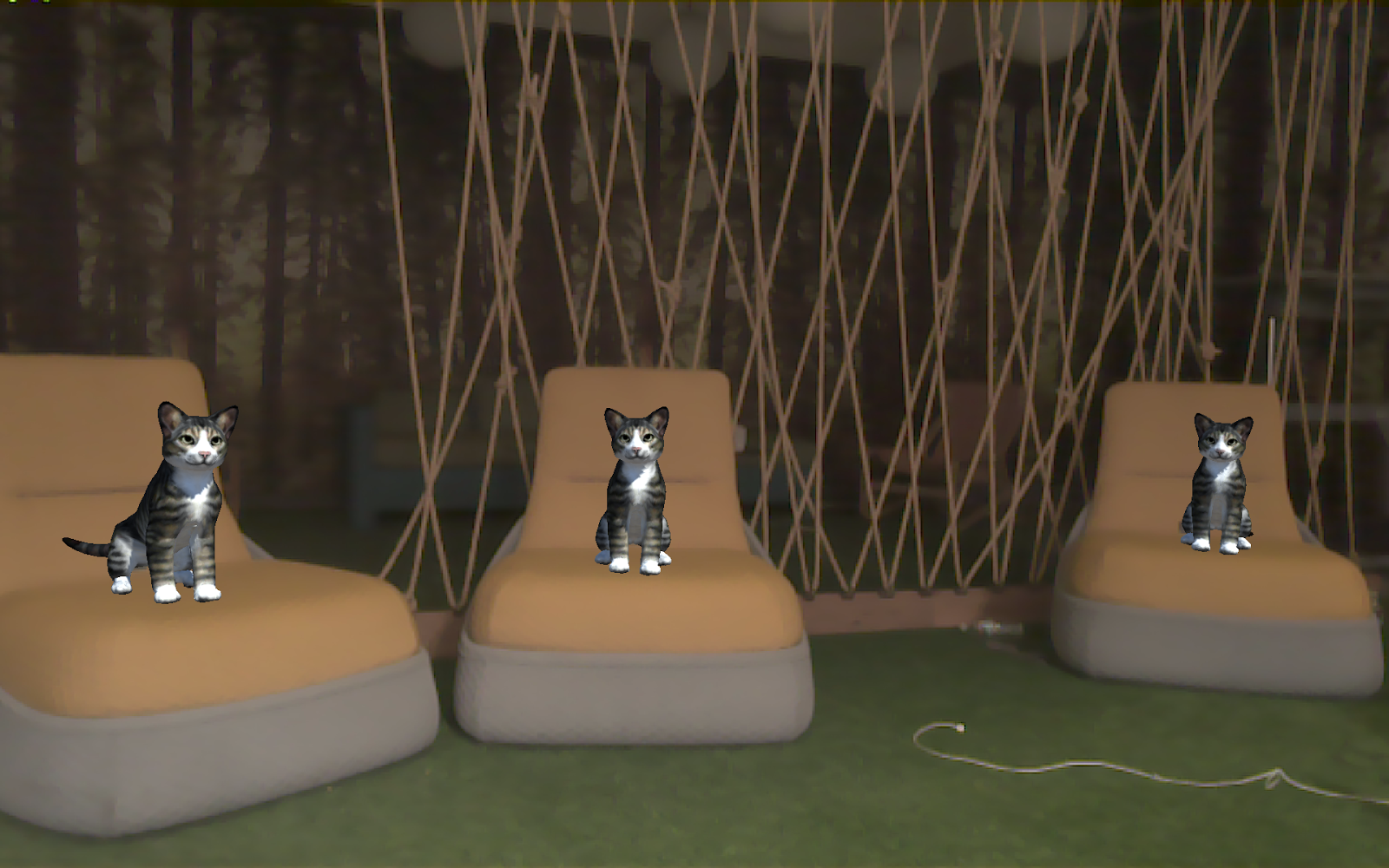 Since cats are already all over the Internet, Google decided to create a new tutorial project with Project Tango that places a virtual cat in augmented reality.

Project Tango’s APIs can be used to associate virtual objects with real-world objects, and it shows developers how to use a Tango Support Library function to find the planar surface in an environment, according to a Google developer blog post.

Before developers can start putting cats into their environment, they need to first download the Project Tango Unity SDK. Once they create a new Unity project and import the Tango SDK package into the project, they can create a new scene.

After putting everything together by downloading the kitty unityPackage, developers will be able to place kittens everywhere. From a coding perspective, Google wrote that they will have to take some additional steps to make a truly performant AR application, though. The Unity code is on GitHub, with examples on how to build an AR application.

PyPy is a compliant Python interpreter that is fast due to its integrated tracing JIT compiler. Version 3.3.5 is an early alpha release, so there are some missing features like PEP 393-like space-efficient string representation and other performance issues, according to a PyPy blog post. Windows is not yet supported in this release.

PyPy is welcoming developers of other languages to see what it can do for them.

Camunda BPM 7.5 released
The newest version of Camunda’s open-source software platform for business process management (BPM) was released today. Camunda BPM 7.5 can be downloaded for free, and it includes new features that implement the IT industry standard.

One of the new features with Camunda BPM 7.5 is a modeling tool that implements the IT industry standard Case Management Model and Notation (CMMN). Since it implements CMMN, it allows case-management models to be graphically created and executed in the Camunda BPM engine.

Camunda BPM 7.5 has a new solution that allows graphical mapping of versions to make sure affected processes can continue. Also, improvements have been made to facilitate long-running processes. Camunda BPM is used by software-as-a-service providers who integrate workflow capabilities into their products, according to the company.