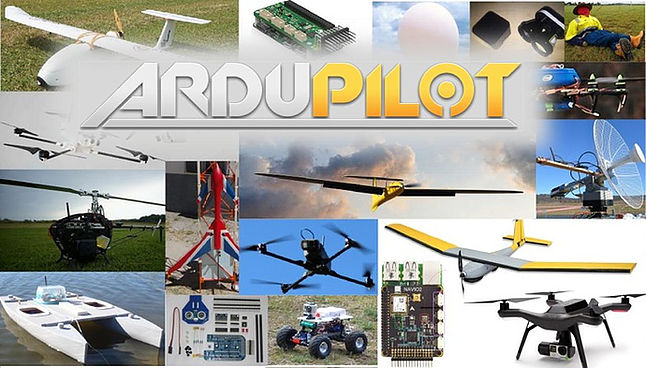 Earlier this month it was revealed that ArduPilot, an open-source autopilot solution, would no longer be associated with the Linux Foundation’s Dronecode Project, an open-source drone platform. This came as a surprise to many considering that the idea of Dronecode came from the minds of ArduPilot.

“Dronecode was established around ArduPilot,” said Craig Elder, former technical community manager for Dronecode who leads software teams in ArduPilot. “What we tried to do with Dronecode was to do a better job at engaging the companies who are using ArduPilot.”

(Related: Why the commercial drone market is taking off)

Elder argues the reason was because Dronecode is structured in such a way that the companies who pay for the most expensive memberships have the most say. “There are somewhere around 1,000 companies who have chosen this autopilot. It can’t be toxic for them,” he said.

SD Times recently caught up with Elder to discuss where ArduPilot goes from here, and the benefits of using it and other open-source software for drones.

If we want to do testing, we can put test code out and get 10,000 hours of testing done over a weekend, and other systems, they just simply can’t do that. When you have thousands of eyes looking at the code if there are errors or if there are issues, those issues get resolved, they get reported and they get sorted out. Everything is a continual improvement.

If you are just dealing with closed sourced, it becomes more expensive for companies. If they want to make a change, they are beholden to the company that wrote it in the first place to make those changes. It is a very expensive proposition. If it is open-sourced, they can hire somebody to go ahead and make those changes, or they can choose to hire the original developer…to go and make some improvements.

Are there any misconceptions people have about open-source software?
[That] open source is not capable of getting the kinds of certification that would allow it to be used commercially.

Do you see any disadvantages to using open-source software over closed software?
No, I don’t. If you look at the computer systems globally…95% of the computers available on the planet are now running Linux. Linux just had its 25th anniversary; 25 years ago the world was a different place. You had a couple different options for closed-source systems, and Linux was one of the first open-source options that came along, and way back in the 1990s. It was in the same kind of situation as ArduPilot where you had people using it who didn’t want to say they were using it. Now everybody is very happy to say they are using Linux because it is the most stable system around.

Now we need to have ground control software that does what the users need to do. Because it is open source, and because the standards and the inner workings are exposed and available for anybody to look at, tons of companies have come along and written better ground control station software, software that is easier to use, or software that just does the thing that they need it to do, so it isn’t complicated by a bunch of other features that people don’t need.

But how do you ensure the safety and security of ArduPilot’s code?
We have code reviews that take place automatically. We have code reviews that take place by people looking at the code. Every line gets evaluated by machine, by simulation and then eventually by a person before it is brought into the master—the main part—of the code. Even before it goes out and actually is released it gets tested tens of thousands of times.

How does ArduPilot’s open-source licensing compare to the Dronecode’s licensing?
In the world of open source, there is a GPL license, which is what ArduPilot is. PX4 (Dronecode) is on the BSD license.

In GPL, you are obligated to publish your changes if you sell a system with those changes in it or if you distribute a system with those changes in it. If you are working with the BSD license, there is no obligation to publish your changes. You can take what is there, you can customize it, you can make it for yourself, you can make some improvements, and you have no obligation to share those improvements with anybody else.

In the case of people who are choosing the BSD license, they are basically companies who are large enough that they don’t need to collaborate, so there isn’t the same motivation for them to get involved and work with other companies.

Companies chose the BSD license because they don’t want to have that obligation. They [take] advantage of the work that other people have done, but they don’t want to be obligated to pay it forward and make the effort to contribute their changes back.

How can ArduPilot continue to be successful without Dronecode?
ArduPilot is just the flight-control software. We needed the communications protocol, we need the ground-control station protocol, we needed all of those things to be able to work together, and by creating Dronecode we did a better job of coordinating our efforts, and we tried to reach out to the companies who are using ArduPilot and do a better job of engaging them.

We got probably a little less than 10% of the companies who are using ArduPilot involved in Dronecode. I expect we are going to see the exit of those companies out of Dronecode, and we are going to make a second effort of doing a better job of engaging them.

We have established a new foundation with a different group called Software in the Public Interest, and they will domicile our not-for-profit. We have [also] established some for-profit entities that allow companies to continue to engage the developer team and will continue to improve the autopilot and add features and make it do exactly what those companies want to do.

The full interview is available on InterDrone News.