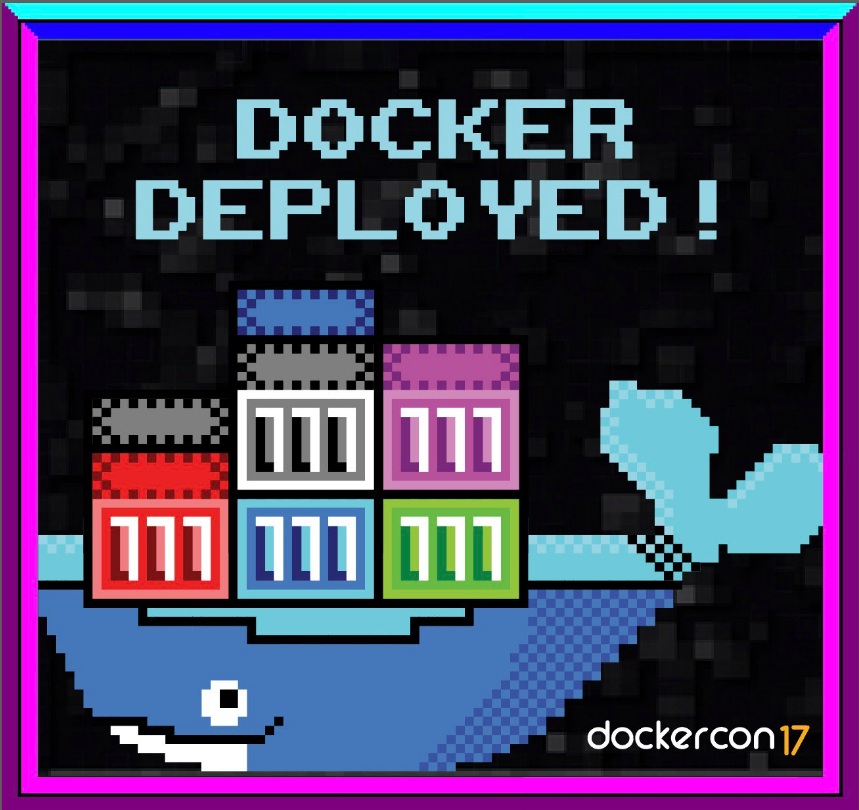 Docker is getting more attention and exposure from companies who are integrating the container platform into their solutions. The company’s community and container industry conference, DockerCon, wrapped up today with a number of new announcements and partnerships.

For instance, Microsoft announced plans to extend its Hyper-V isolation technology in order to power Linux containers on Windows Server. According to the company, developers have faced limitations when it came to running Linux images on a Linux host and Windows images on a Windows ghost. This new announcement is designed to remove the barrier and allow Linux containers to run natively on Windows Server. “Microsoft’s new Hyper-V Linux containers, announced [this week] at DockerCon, and its collaboration with Docker’s LinuxKit and containerd together represent a unique, innovative solution for developers building heterogeneous, hybrid cloud applications,” Scott Johnston, COO of Docker, said in a statement.

“By adding support for Docker in Bitbucket Pipelines, Atlassian is delivering modern software development tools and processes for continuous delivery. With Bitbucket Pipelines, there’s no need to switch to another application to use Docker containers for testing software, and no need to juggle permissions and access, or set up build servers,” Nick Stinemates, VP of business development and technical alliances at Docker, said in a statement.

Twistlock announces Twistlock 2.0
Twistlock announced the latest version of its Docker security and container security platform at the conference. Version 2.0 of Twistlock features improved Runtime Radar, and new compliance explorer for large enterprise and government agencies. These additions are designed to stop attacks before they start.

The new features are available in both Weave Cloud and Weave Cloud Enterprise Edition. These features include: alerting and monitoring with metrics across containers, services, networks, and apps; no configuration setup; and a single operational backplane for apps across Docker, Docker EE, Kubernetes, ECS and DCOS.

Now, Rancher users will be able to deploy Docker Enterprise Edition clusters and take advantage of features like: certified infrastructure, containers, and networking and volume plug-ins.

The new Stacki Pallet runs on Docker Community Edition and it has Docker Swarm mode baked in. Also, the Stacki Pallet lets teams enable the consistency and configuration required for a Docker installation.

“Docker deployments that require consistent performance and high utilization should be run on bare metal,” said Joe Kaiser, director of open source engineering. “The Stacki Pallet with Docker Swarm Mode dramatically eases and accelerate Docker deployments on baremetal, taking the user from bare metal to containers in one step.”

At DockerCon this year, Docker featured two apps which came from members of its Docker Captains program, a group of individuals who are contribute much to the Docker community.

The first cool hack was Play with Docker by Marcos Nils and Jonathan Leibiusky. Their app is a Docker playground which can run in your browser. Its architecture is a Swarm of Swarms, running in Docker in Docker instances. This app is completely open source, so developers can run it in their own infrastructure.

The second cool hack comes from Alex Ellis, who built a Functions as a Service (FaaS) framework for building serverless functions on Docker Swarm. Each function runs as a container, but it only runs for as long as it takes to run the function.

FaaS comes with a convenient gateway tester, so developers can try out each of their functions directly in their browser. FaaS is looking for active contributors, so developers that are interested should check out its GitHub repo.

StorageOS is a software storage platform which lets developers and DevOps teams build stateful containerized apps with persistent storage, according to its site.

“This new Scality S3 Server release provides the simplest on-ramp to object storage. It is cloud provider independent, meaning users decide on the optimal cloud storage option for their data. It is the easiest, most flexible, and scalable way to store vast amounts of unstructured data, and it empowers developers and enterprises to leverage this simplicity for free,” said Giorgio Regni, CTO at Scality.