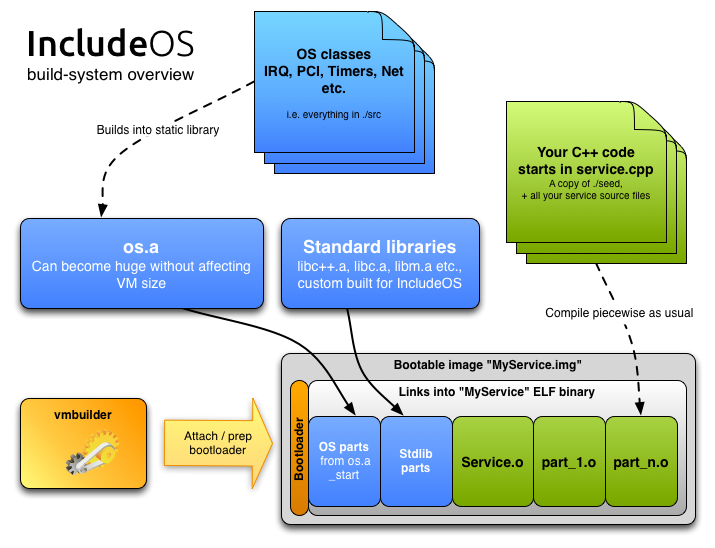 Researchers from Oslo and Akershus University College of Applied Sciences have developed an open-source minimal operating system for cloud services.

“IncludeOS aims to be the thinnest, lightest possible layer between your C++ code and virtual hardware. We provide a bootloader, standard libraries, lots (we hope) of modules, and the build and deployment system. You provide the service,” the researchers wrote on its Web page.

Unlike other minimal operating systems, IncludeOS classifies itself as a Unikernel, which means it has a reduced attack surface, provides a small footprint, has the ability to perform whole-system optimization, and has low boot times.

The operating system is designed for KVM/Linux, and has been tested on VirtualBox and Bochs.

“IncludeOS is not production ready, not feature complete, and very much a work in progress,” the team wrote on its GitHub page. “However, it has been shown to outperform Linux virtual machines in terms of CPU usage by 5% to 20%, and memory usage by orders of magnitude, running a simple DNS service (both platforms ran the same binary).”

#2. Awesome Interviews: A list of interview questions on programming languages, frameworks and platforms.

#3. Free Code Camp: A place where programmers can learn how to code for free. Featured in a previous GitHub Project of the Week.

#5. Editor: The editor for Code in the Dark.