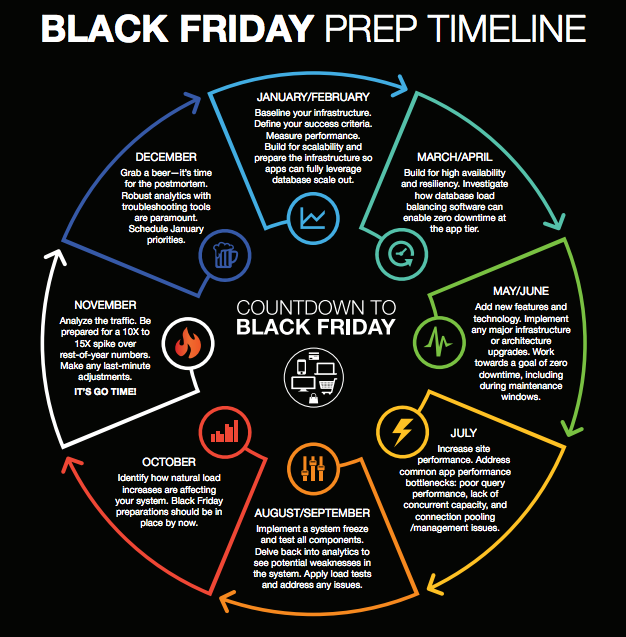 It may seem like it’s too early to think about the holiday season, but ScaleArc’s recent survey reveals many Americans are already anticipating popular retailers to have website outages during the 2017 shopping season. In order to help retailers prepare for extreme scalability and continuous IT operations during this time, ScaleArc has already released its Black Friday Checklist, so these businesses can make sure their software is running smoothly.

ScaleArc, a database performance and load balancing software company, found in its “Christmas in May” survey that 52% of Americans expect a top retailer to have a website outage during the next holiday shopping season. This includes Walmart, which took the number one spot on the list of retailers expected to have an outage, according to nearly one in four Americans.

The survey also found that one in four Americans would immediately leave a retailer’s website if it was experiencing an outage, and one in five Americans said they would go to a competitor’s site instead.

“The season’s biggest online holiday shopping days – including Green Monday, Black Friday, Cyber Monday and Free Shipping Day – make up the Super Bowl of eCommerce,” said Justin Barney, CEO of ScaleArc. “It’s becoming ever more critical that retailers prepare for game day all year long. As we saw with several big-name outages last season, even the smallest misstep in these important preparations can lead to major problems down the road.”

These problems, according to Barney, could lead to loss of revenue and a damaged reputation.

According to ScaleArc, companies should treat the holiday shopping season as a continuous process. With its Black Friday Prep Checklist, ScaleArc wants companies to prepare their technology stack in advance, as a way to avoid frustrated shoppers, application downtime, and notable failures.

SD Times did a breakdown of ScaleArc’s Black Friday Prep Checklist, but a complete infographic of the checklist can be found here: