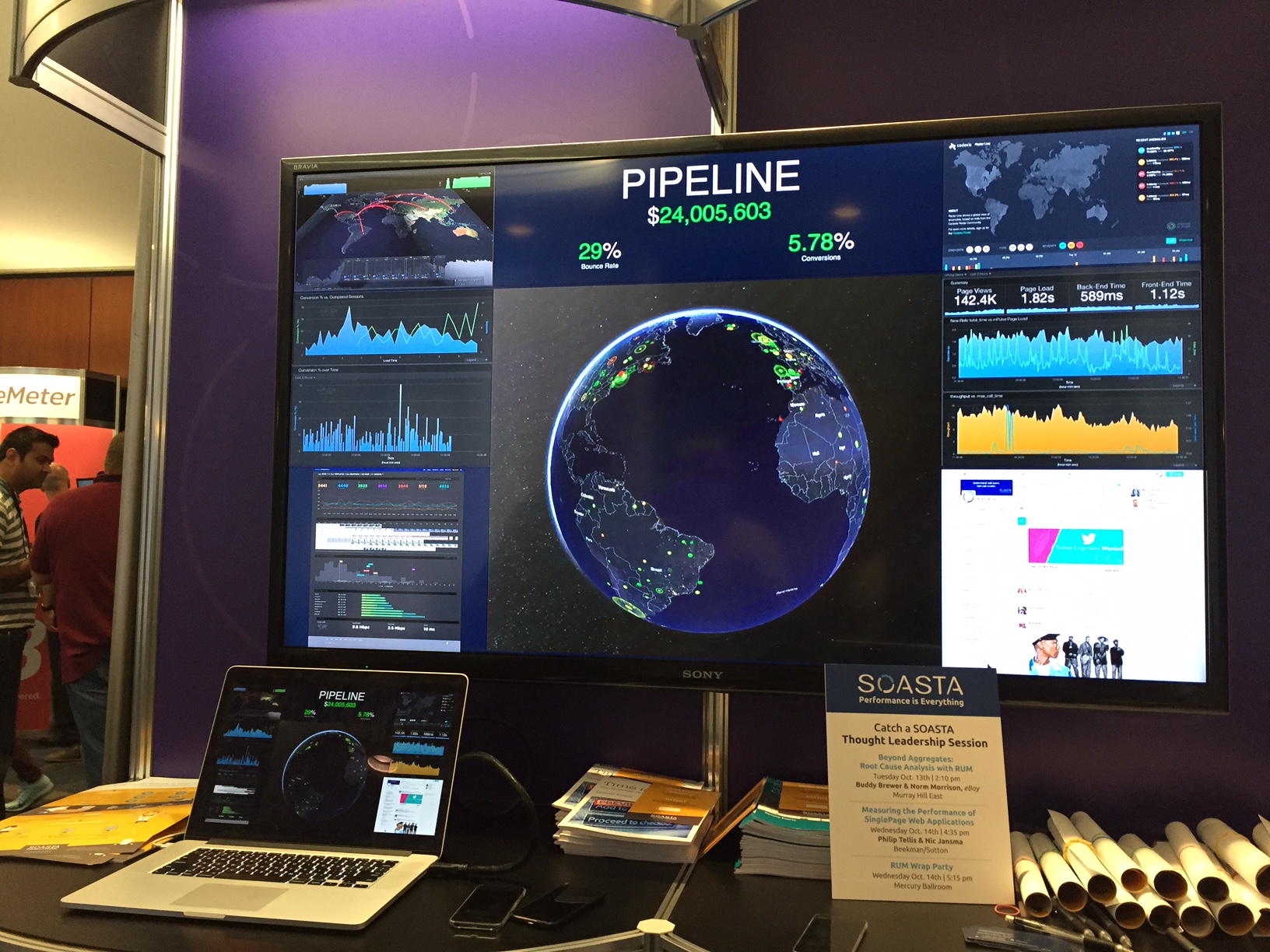 A word that was heard frequently when walking through the booths at the 2015 O’Reilly Velocity NYC conference was “performance.”

The conference provided a new perspective to performance and Web operations, and it gave everyone from developers to technical executives solutions to solve their dynamic website and application challenges.

(Related: How government is using DevOps)

Keynote speakers came from a variety of organizations like Etsy, IBM, Dropbox, Hewlett-Packard and the U.S. Department of Education. Companies showcased their platforms, talking about what was new and how attendees can overcome their performance issues, including Web and testing challenges.

BlazeMeter
Offering a cross-enterprise test automation framework for the whole team, including DevOps, operations and QA, is BlazeMeter. The company was born out of the DevOps movement, and it is trying to redefine testing. BlazeMeter’s emphasizes that load and performance testing should be part of the software delivery workflow. Its platform allows developers to write in their language and stay in their language. The CEO himself, Alon Girmonsky, did a live demonstration where attendees could see how they could write in the language that they choose.

“We make performance testing as easy as code, and allow developers to start testing for performance while they are writing code,” he said.

Chef
Chef, an IT automation company, turns infrastructure into code by automating how to build, deploy and manage an infrastructure, allowing it to become as testable and repeatable as code. Representatives at the Chef booth said that speed and quality is a focus for the company: You gain more quality the faster you go.

Another focus at Chef is “compliance at velocity,” which allows enterprises to specify compliance-related requirements in ways that can be automatically tested. Its new vice president, Nathen Harvey, who will continue to implement the company’s open-source strategy.

Since the theme of the conference is “Build resilient systems at scale,” Neptune released its system, which lets users recover their systems automatically while collecting all the logs, graphs and diagnostics. This allows development teams to figure out the issues instead of doing a temporary fix.

Neptune has built auto-remediation tools for companies like Amazon, which manage many servers. And now Neptune is making a tool available for everyone with ready-to-use integrations with popular monitoring tools like Nagios, New Relic, Datadog, and more. The service can manage both cloud and on-premise servers.

New Relic
Helping customers engage with a business’ software is the goal behind software analytics company New Relic’s platform. The company’s SaaS-based solution collects data wherever it lives. Simply put, it can take the data and figure out the blind spots, resulting in a better user experience, improved performance and insight to the production environment.

Earlier in October, the company announced a new set of features across the New Relic Software Analytics Cloud that allow for monitoring development, pre-deployment, and production application health and performance on Amazon Elastic Compute Cloud.

Nouvola
In Italian, the word for cloud is “nuvola,” which almost fits the name of the Portland-based cloud performance testing and analytics solution company. Nouvola was at Velocity to demonstrate how it can solve performance-testing issues with its predictive performance analytics engine, DiveData. It focuses on speed and responsiveness.

According to Nouvola reps, their platform eliminates the “heavy lifting” for developers by allowing them to create, run and check results of an application. Nouvola is built to proactively measure the responsiveness of an application, and recent updates include DiveData, a Jenkins plug-in, and API testing support.

Opsmatic
Harkening to the eye in its logo, Opsmatic provides real-time visibility of change in the live state of computing infrastructure and sends alerts to users before problems begin. Opsmatic can track files and detect when the files change, which is helpful for a developer who might have hundreds of libraries and is constantly building new versions of an app.

Opsmatic was involved from the start of the DevOps movement, and its team believes in communication as a way that DevOps can be successful. Chris Haupt, who works in development at Opsmatic, said that when developers and operations can work together, they’re faster and produce higher-quality software.

Sauce Labs
Sauce Labs (besides giving attendees free hot sauce bottles at the conference) gave a demonstration to show coders and developers how their platform can run all of their tests in the cloud on its single platform. With Sauce Labs, developers can use automated cross-browser testing, which can speed up test cycles without managing infrastructure. Its platform also offers automated mobile testing, which allows developers to determine where mobile apps are failing on actual Android and iOS devices. There is the option to manually test apps across more than 500 browsers and OS combinations.

The platform allows for collaboration between developers and coders, and there is an option to share with team members and in the cloud in real time.

SOASTA
The big question of performance is, “How is it impacting my business?” Kevin Sickles, sales executive at SOASTA, said that in order for him to get senior managers to understand that question, he just has to show them. With SOASTA, businesses can see how performance and user experience are directly affecting their revenue.

SOASTA recently launched the Consumer Performance Index, which will help developers and operations teams (as well as business owners) get a better understanding of user engagement and conversion. At the conference, Buddy Brewer, who leads strategic initiatives for SOASTA mPulse (a user-measurement tool), gave a talk about increasing performance and speed.