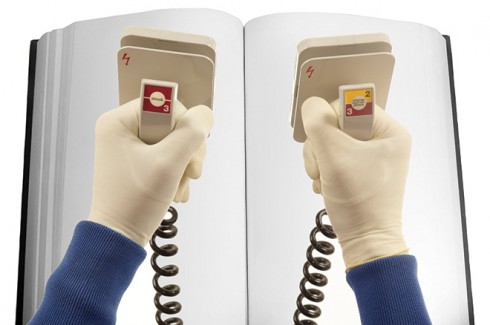 Like many software developers, Stephen Forte was quick to pick up a book when stumped by a technical problem. “I’d go into Barnes & Noble, thumb through several books and spend 50 bucks on the one that had the answer,” said the chief strategy officer for tool maker Telerik. “Books were a great resource for solving technical problems, but now all that has moved to the blogs,” he said.

Blogs written by developers offer fast answers to the programming quandaries that inevitably come up when writing software, said Richard Campbell, cofounder of software consultancy Strangeloop Networks. “Search on an exact error code, and you get a ream of pages that work extremely well. No book comes close to that.”

Not so black and white
SD Times asked a handful of developers when and why they turn to technical books as an aid to programming efforts—or whether these books even matter anymore. Those developers said that blogs have not completely supplanted books as a source of solutions to software development problems, and that they come with their own set of limitations.

Nonetheless, technical books aren’t nearly as important as they used to be. “What’s emerging is a more nuanced world with a combination of formats,” said Andrew Brust, CEO of Blue Badge Insights, a Microsoft strategy consultancy. “And books are still in the mix.”

The developers emphasized that the books vs. blogs debate applies only to purely technical titles that address specific versions of specific technologies. Books that deal with big ideas, such as software methodologies, programming practices, and management approaches, play largely the same role they have always played. They remain important to developers [see related story Best Books for Developers]. The only real change is that these days many prefer to read the electronic version instead of the physical book. “Books that teach a practice or philosophy still stand out and sell well,” said Forte.

Despite the wide array of information available on developers’ blogs—and the opportunity to easily copy and paste code samples—technical books remain the preferred choice in some situations. Patrick Hynds, president of software consultancy CriticalSites, laid out a couple of scenarios.

First, books are essential for beginners. Bloggers make certain assumptions about their readers, and those assumptions typically leave beginners behind. “If the blogger is writing about memory leaks, and you don’t know what they are, the blog is not likely to help you,” said Hynds. To take advantage of the information widely available on the Web, you have to understand the particular technology well enough to ask the right question, added Bill Wagner, founder of software consultancy SRT Solutions.

A second scenario where books are still valuable is when seasoned developers tackle a new technology for the first time. “Let’s say you’re starting a project next week with WCF,” said Hynds, referring to Windows Communication Foundation, the Microsoft framework for building service-oriented applications. “You know what it is, kind of. You saw the WCF demo. But you don’t have three months to build a test project and play around with it.” A book can help an experienced developer understand the basic principles of a new technology right away, he said.

Wagner has found himself turning to books in a similar situation. “If I don’t know much about a particular technology, I’ll go out spend 40 bucks on a book,” he said. “It helps me decide whether this technology is useful for us, whether it makes sense for our business.”

Implementations changing weekly
Strangeloop’s Campbell sees virtually no value in books devoted to new technologies, where implementations are changing weekly. He cited HTML5, the latest version of the language for presenting content on the World Wide Web, as an example.

“Blogs, not books, are where you find the most reliable answers to technical problems. There are phenomenal HTML5 blogs out there,” he said.

Blogs contain the most up-to-date information, but that is not their only advantage. “They let you learn things in bits and pieces, and that is an accurate reflection of how a programmer’s mind works,” said Campbell. “Learning about technology does not happen in an orderly procession. You go in different directions, and books just aren’t compatible with that.”

Michele Leroux Bustamante doesn’t read purely technical books, either, largely because she doesn’t have time. But she believes such books have value for many developers. “You read a book about HTML5. It doesn’t really matter that it’s a bit out of date. You still get the larger context. You can fill in with current code samples [from the HTML5 blogs] later,” she said.

As a source of answers to technical questions, blogs come with their own share of drawbacks. “The worst one is that a blog post can lead a developer to workarounds that are unsupported,” said David Yack, CTO of software consultancy Colorado Technology Consultants. “Not a lot of time has been taken to vet the content.”

Several developers agreed. “There is a lot of time and effort that goes into editing [traditional books], compared to the content you find on the Web,” said Wagner.

“Books have been boiled, cooked, and stewed to their essence,” added Ellen Gottesdiener, founder of agile consultancy EBG Consulting. “The noise of the Internet has been removed.”

Perpetual publishing
The debate between tech blogs and tech books may become moot. The line between the two is blurring as publishers and authors make book chapters available on the Web, soliciting and incorporating feedback before the formal publication date. That was the case with a couple of HTML5 books that first hit the market, said Telerik’s Forte. “The model can work effectively when the author is a luminary.”

Soliciting feedback and posting chapters on the Web as they are written turns traditional book publishing into a decidedly blog-like experience. If authors comment on feedback from readers, aren’t they just blogging? But there’s a big problem with this approach: “There is no economic model to update a book and keep it live,” said Tim Huckaby, CEO of the software consultancy InterKnowlogy.

Yack did not disagree. But he is optimistic that the industry will move toward a perpetual publishing model, where customers pay for a year of content, with updates delivered electronically, instead of shelling out a set price for a book that quickly becomes outdated. He has established a company known as We Speak You Learn to publish his own technical books electronically.

Even if that or any other economic model takes hold, Strangeloop’s Campbell doesn’t believe the iterative publishing model works. Technical book publishers have long timed the release of new titles to coincide with the delivery of the commercial offering the author is writing about.

“If you release a book, unedited, chapter by chapter, by definition some of what the author wrote will always be wrong,” he said, noting that commercial software developers routinely make last-minute changes to their offerings. Under those conditions, he wondered how a technical book can be written from a position of real experience. “If it doesn’t make sense to read a book cover to cover, it probably shouldn’t be a book,” he said.

Books, even some purely technical titles, will remain important to software developers, said Hynds. “They allow for reflection. They allow you to take measured sips.”

There is still a place for them, added Blue Badge’s Brust. “Books can treat a topic in depth.” And unlike blog posts, they are edited and curated, he said.

SD Times Blog: What’s on the Web? Here’s a book to let you know 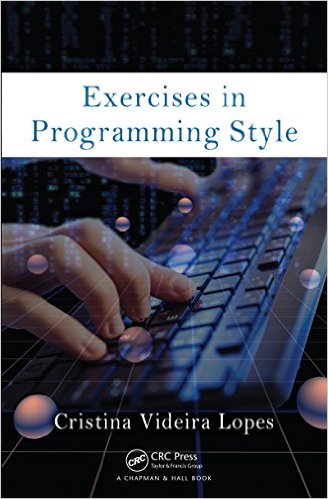 Code Watch: The best programming book of the decade

The best books for software developers