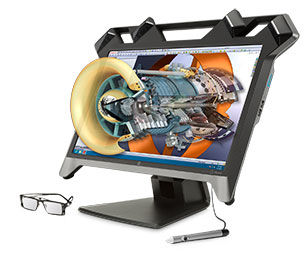 The HP Zvr is expected to be available by this spring.

Bring Your Own Device movement booming
A new study by Tech Pro Research has revealed that companies are warming up to the idea of letting employees bring their own devices to work. The study revealed that 74% of organizations allow or plan to allow employees to bring their own devices. The other 26% do not plan to permit the use of personal devices due to security concerns, IT support concerns, lack of control over hardware, or absence of device standardization.

In addition, the report revealed that organizations are looking into implementing wearables and the Internet of Things into their BYOD plans.

New CSS framework released
Everything.io, a technology company, has announced the release of Kickstart, a new CSS framework for building websites. Kickstart is designed to provide fast performance, extensibility and customizable themes. It is available for HTML as well as Gulp and Rails.

“Kickstart began as ‘Kickstrap,’ a tool to extend [Twitter] Bootstrap,” according to the framework’s website. “The goal was to create a layer where users could write their own customizations and add community extensions. This layer would be separate from the Bootstrap core, allowing Bootstrap itself to stay up to date without affecting the project’s customizations. In the third version of Kickstrap, Bootstrap has been removed entirely, hence the renaming as ‘Kickstart.’ Kickstart 3 is now its own CSS framework.”