Capital One’s journey to the cloud 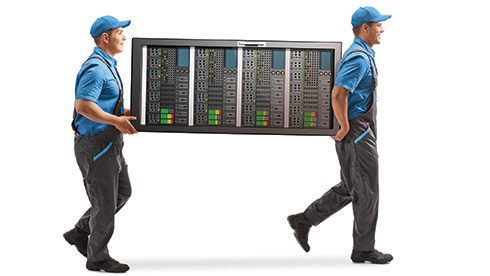 When discussing roadmaps and strategies for cloud migration, Capital One is often cited as a pristine example of a large-scale company that successfully moved to the public cloud.

“Capital One’s CEO will tell you they are a technology company that does banking,” said Ken Corless, a principal with Deloitte Consulting in its cloud practice. “Not only are they going for it, but they are rapidly investing in, moving and re-architecting applications to be cloud-capable to cloud-friendly to cloud-native, to be able to take advantage of all the capabilities [cloud] has to offer.”

Capital One’s cloud-first strategy started in 2015 when it announced all new applications would be built and run in the cloud, and all existing applications would be migrated to the cloud. “The basic question was whether it made more sense to devote resources to building and operating our own cloud infrastructure or to move to the public cloud so that we could focus on building and releasing new features and products our customers want. Given the level of customer obsession at Capital One, that question pretty much answered itself,” said George Brady, executive vice president and chief technology officer at Capital One, in an AWS case study.

Brady explained Capital One took a different approach to cloud adoption and decided to tackle the hard problems first instead of approaching cloud through the easiest problems. This enabled the company to show stakeholders that the journey to the cloud would be possible and provide value. The company also established risk managers, cloud engineers and cloud management tools to help with the adoption. In addition, the company developed an open-source compliance-enforcement engine called Cloud Custodian, which helped detect if they were violating any policies.

“In order for all stakeholders to feel comfortable with a big change like this one, it really helps to have a long-term view of where you’re trying to go, and why,” Brady said in the case study. “Right at the beginning, we developed a five-year road map that aligned our use of the AWS Cloud with the company’s long-term business strategy. Being able to point to the value we were going to be able to get out of the cloud was key to getting company leaders on board and turning them into cloud champions themselves. Our most effective arguments were around how the cloud supports faster innovation, saving and finding value in more data, faster recovery from failures, and shifting resources from operations to higher value work.”

According to Capital One’s vice president of cloud strategy Bernard Golden, enterprises should look at Capital One’s journey as they begin or continue their adoption and participate in the cloud-native world.

“A number of years ago it looked at banking and concluded it was ripe for disruption. After all, banking is inherently a digital business, so it makes sense that using the most advanced IT practices could give the company a competitive advantage,” Goldern wrote in a blog post. “So it adopted agile. And DevOps. And decided to go all-in on cloud computing. Along with that, Capital One recognized it needs cloud-native talent, so it recruited heavily to bring new skills in-house. When I look around my office, it feels like a cutting-edge software company.”