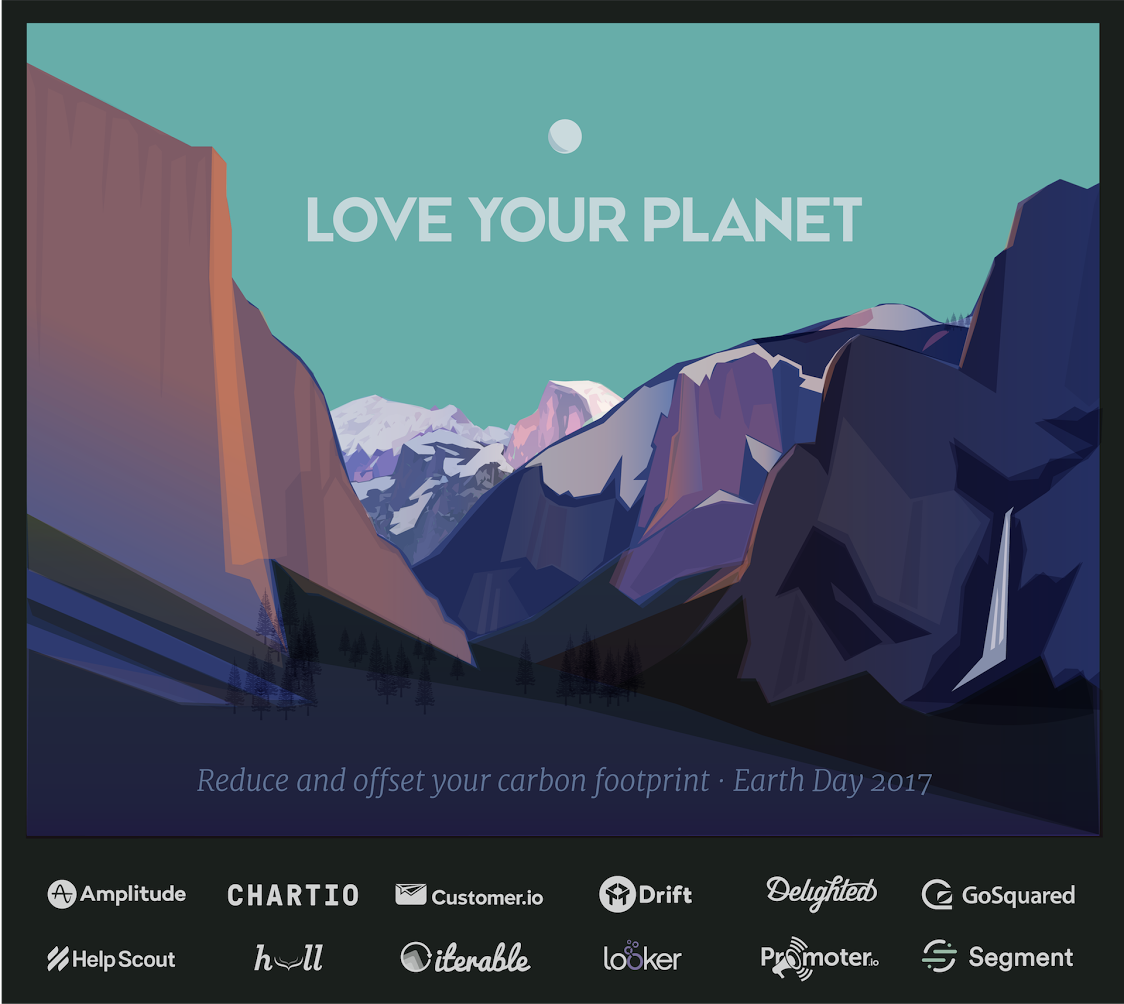 Earth Day is a day for environmental and climate literacy, not only for individuals of this planet, but for big technology companies and startups, too. That’s why a few organizations are partnering with Segment to calculate how to offset their carbon footprint, taking action so they can protect the environment for years to come.

On April 22, Earth Day marks the anniversary of the modern environmental movement born in 1970. Now, 192 countries coordinate activities, and the event is coordinated globally by the Earth Day Network.

Segment, an API and customer data software company, embarked on a joint effort with some of its partners to elevate environmental protection. Their partners — Amplitude, Chartio, Customer.io, Delighted, Drift, GoSquared, Help Scout, Hull, Iterable, Looker and Promoter.io — are joining Segment to completely offset its collective carbon emissions for the entire year with a $20,540.84 combined donation to carbon offsetting initiatives.

The donations will go to organizations like Carbonfund.org, which is a nonprofit on a mission toward a zero-carbon world, and the New England Wind Fund.

Each company calculated its carbon emissions and made the donation to fully offset the calculated carbon footprint. These costs were calculated using Carbonfund’s emissions calculator, which takes in account office space utility bills, employees, office space square footage, and how many servers exist on premises, if any.

Segment’s head of partnerships, Federico Menapace, said their company has always been passionate about the planet and they have a “longstanding love” for the environment, with almost 400 plants covering the inside of their office.

The engineering side of things at Segment wanted to channel that love into action, so their team began focusing a lot on reducing their server footprint, and in turn, reducing their carbon footprint as well, said CTO of Segment Calvin French-Owen.

“The main thing that servers consume is power and it’s not even to power the servers themselves, but the main cost comes from the power to cool servers,” said French-Owen.
“Last quarter we spent a good amount of time looking through our AWS account to find out how we could get better efficiency out of our servers and help not only reduce the cost but reduce [environmental effects].”

He said that most technology companies today are reaping the benefits of running the software in the cloud, and the actual cost of the people and the distribution method is really dwarfed by the cost of the servers and the infrastructure that needs to be maintained.

Although that’s not unique to Segment, they are just one company that is keeping tabs on its server center to figure out ways to use them more effectively, said French-Owen.

Other partners have already reached out to Segment for next year’s Earth Day, and the Segment team hopes it can continue down this path and get more tech companies on board.