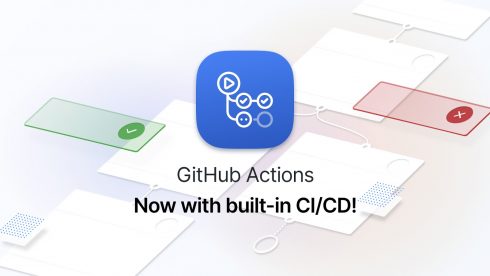 GitHub is updating its automation and customization workflow solution to now include CI/CD capabilities. GitHub actions was first announced at the company’s 2018 Universe conference last October.

GitHub Actions is a community-powered platform. It’s API enables developers to create tasks and share them with the GitHub community. According to Nat Friedman, CEO of GitHub, since its announcement the company has been getting numerous requests to add in CI/CD.

“Actions now makes it easy for users to automate how you build, test, and deploy your projects on any platform, including Linux, macOS, and Windows. Run your workflows in a container or on a raw VM. And GitHub Actions now supports more languages and frameworks than ever before, including Node.js, Python, Java, PHP, Ruby, C/C++, .NET, Android, and iOS. Testing multi-container apps? You can now test your web service and its database together by simply adding some `docker-compose` to your workflow file,” he wrote in a blog post.

The new capabilities include:

GitHub Actions is still in beta, and is expected to be officially released on Nov. 13.

“GitHub Actions is the democratization of CI/CD and software automation. Developers can write workflows reacting to any GitHub platform event and reference open source GitHub Actions – reusable pieces of code – to supercharge their software lifecycle the same way they are used to writing application code,” said Max Schoening, senior director of product design at GitHub.

Going forward, the team plans to add self-hosted runners to the solution as well as Actions for GitHub Enterprise Server.