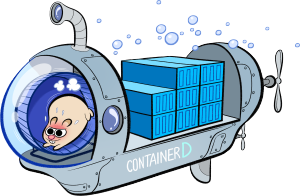 Docker today announced that its core container runtime will stand alone as its own open-source project. Previously, developers had to engage with the Docker project as a whole in order to participate in the development of Containerd. Today, however, Containerd has its own repository on GitHub.

In time, said Patrick Chanezon, chief developer advocate at Docker, the project will have its final governance set early next year, with the longer-term goal of donating the project to an open-source foundation. While he did not name any projects, Containerd includes runC, the Common Language Interface developed by the Open Container Project run by the Linux Foundation.

Chanezon and Messina both said that the move to spin Containerd out into its own project has been a goal for the Docker project since its creation, and has specifically been in the works since the 1.11 release in April.

“This is something we’ve wanted to do since the early days,” said Messina. “It’s the most sophisticated piece of plumbing we have. This is a response to the broad ecosystem’s asking for boring infrastructure.” He added that Docker has formed a broad set of partnerships to support Containerd with other companies, including Amazon and IBM.

The initial repository made public today will contain Containerd 0.2.4 as well as “some new code including API definitions for all the APIs we want to implement by 1.0,” said Chanezon.

The road to version 1.0 will first include the finishing and polishing of these APIs, followed by more work on the execution, storage and networking layers of the runtime. The repository made public today includes a road map for the future of the project.