How SmartDraw moved its application to the cloud 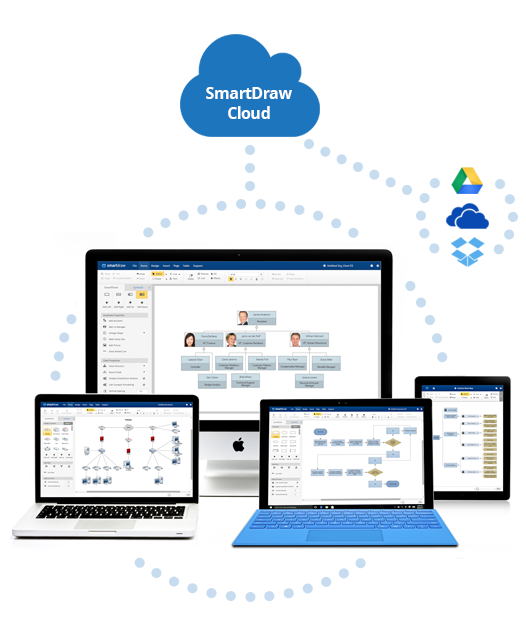 SmartDraw is trying to make it easy to create visuals from any platform by moving its drawing software to the cloud. The company has announced the release of SmartDraw 2016 with the introduction of SmartDraw Cloud.

“Software developers need to create diagrams, whether it is of the logical flow of their program or the architecture of what they are developing, or even the hardware they have to host on,” said Paul Stannard, founder and CEO of SmartDraw. “SmartDraw makes it very easy to do that with thousands of templates aimed at UML diagrams and other software architectures.”

According to Stannard, what makes this release so unique is the ability to provide a full feature set of its Windows desktop app in the cloud without having to sacrifice any components. With the introduction of SmartDraw Cloud, users can create visuals from Macs, PCs and mobile devices.

“Most cloud apps are hobbled versions of their desktop counterparts,” Stannard said. “We had no interest in such a compromise and suspected our customers would not as well. Instead, we took five years and recreated almost every feature of our popular SmartDraw business edition. We think our customers will be happy we made this extra effort.”

In order to successfully build the large application, the SmartDraw team first architected the application to understand how all the moving parts needed to be designed. According to Stannard, out of the three years it took to develop the app, a year and a half was spent on just the foundation.

“It was like building a house,” he said. “If you just start off and slap on a few pieces of wood and nails together, you can maybe put up a shack pretty quickly. But if you are going to build a real house you have to have a real set of plans, you have to build a foundation, and then once you have all that in place you can train it and build the rest.”

Another choice the team had to make was whether to use the HTML5 canvas standard or scalable vector graphics. “SVG was invented by Adobe, and instead of drawing into a bitmap like the canvas standard, SVG represents the image as a set of vectors so it is perfectly scalable and provides a much higher resolution and quality,” said Stannard. He added that the company decided to go with SVG because it gave them a much better result and was more closely related to what they were already doing in Windows.

In addition, SmartDraw 2016 provides a Microsoft Visio filter that allows developers to import Visio files and share them with SmartDraw, and it enables users to link to their diagrams so users can zoom, scroll and view them in a browser.