OpenStack is open for business 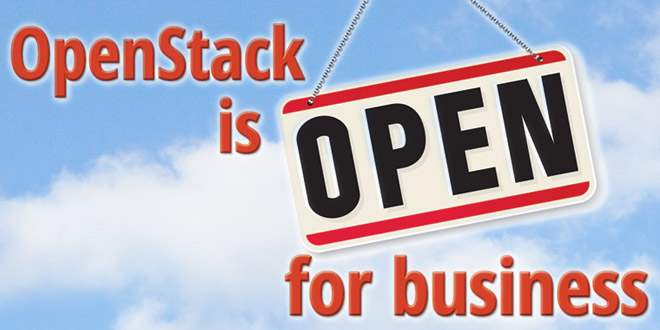 Four years have passed since the project to create an open-source IT stack began between NASA and Rackspace. Two years have passed since the creation of the OpenStack Foundation, the governing body behind the large ecosystem of open-source projects that make up OpenStack. The here and now of OpenStack resembles much of what was promised early on: Large vendors like HP, Red Hat, IBM and Mirantis are offering their own supported distributions of the platform.

Those big companies are turning OpenStack into private cloud-management products, said Lauren Nelson, senior analyst at Forrester Research. “There are private cloud suites that have management tools, which have OpenStack sitting beneath the product, but you would not know it was there.”

She cited IBM SmartCloud and HP Cloud Service Automation (CSA) as one solution with another being “HP Helion as a pure distribution.” These are the types of products she points to for enterprise adoption of OpenStack because, she added, “It is difficult for enterprises to adopt [plain OpenStack]. More commonly, they’re using the full private cloud suite.”

In order to discuss this phenomenon further, however, the terms must be closely defined. “OpenStack is primarily just a cloud platform,” said Nelson. “It looks like what’s exposed to a public cloud user. I call that a platform. That can sit beneath a private cloud suite.” She coined the term “private cloud suite” to mean the combination of something like OpenStack with higher-level cloud-management tools like CA’s Opscenter or Cisco’s Intelligent Automation for Cloud.

That leaves OpenStack as the nuts and bolts for large enterprise cloud-management suites. And in this regard, the platform has come to compete with VMware’s offerings. “If you look at most private cloud suites today, they have this ability to plug in whatever [underlying platform the enterprise has]. That could be vCloud automation center, that could be a public cloud platform,” said Nelson.

That’s good news for companies looking at OpenStack as the future of their internal cloud platforms. “In terms of platforms that exist today, it’s standardized on OpenStack,” said Nelson. “[Apache] CloudStack is still out there, but it’s decreasing in numbers. There’s also vCloud Director or vCloud Automation Center. More commonly we see [VMware’s] vSphere being used for some of its basic capabilities.”