Zeichick’s Take: Learning COBOL might be a great job move 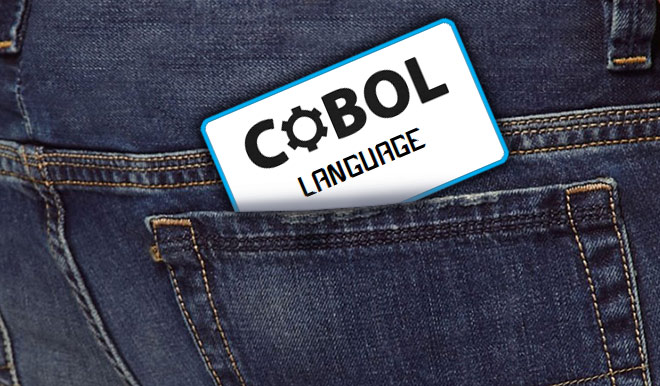 Once upon a time, back when dinosaurs roamed the planet, I learned COBOL. While I never wrote any deployed applications in the language, I did use it to teach an undergraduate course in computer science for business majors, back in the early 1980s. Those poor students, who submitted their programs on punch cards for an IBM System/370, complained that the class was the most time-consuming of their undergraduate studies, often requiring lots of late nights at the campus computer center.

Hint: If you are using a punch card, it’s important to have excellent typing skills.

Today, of course, COBOL is more likely to be a punchline. Sure, there was a resurgence of interest in the language about 15 years ago, when everyone was concerned about the Y2K problem. After that, legacy systems running COBOL disappeared from the public eye. Everyone would much rather use Java or C# or Python or Ruby or Objective-C; that’s where the jobs are, right?

Don’t be so quick to discount COBOL, especially if you are looking for a job, or think that you might be. There are lots of COBOL applications running all over the world, and more and more COBOL experts are retiring every day.

I’d like to share some information from one of the biggest COBOL vendors: Micro Focus. Bear in mind that Micro Focus’ interest is self-serving, but with that said, I find the information fascinating.

The company has a lot of bullet points about COBOL, which I’ll share verbatim:
• COBOL supports 90% of Fortune 500 business systems every day
• 70% of all critical business logic and data is written in COBOL
• COBOL connects 500 million mobile phone users every day
• COBOL applications manage the care of 60 million patients every day
• COBOL powers 85% of all daily business transactions processed
• COBOL applications move 72,000 shipping containers every day and process 85% of port transactions
• 95% of all ATM transactions use COBOL
• COBOL enables 96,000 vacations to be booked every year
• COBOL powers 80% of all point-of-sale transactions
• There are 200 more COBOL transactions per day than Google + You Tube searches worldwide
• $2 trillion worth of mainframe applications in corporations are written in COBOL
• 1.5 million new lines of COBOL code are written every day
• 5 billion lines of new COBOL code are developed every year
• The total investment in COBOL technologies, staff and hardware is estimated at $5 trillion
• An estimated 2 million people are currently working in COBOL

Again, this might mean job opportunities. FedTech Magazine reports:
In March [2014], the Office of Personnel Management released its “Strategic Information Technology Plan,” a vision for revamping the agency’s IT operations, including plans to automate paper-based processes, invest in data analytics and consolidate numerous databases. But maintaining the mainframe hardware and software systems that currently support retirement processes is expensive; according to the agency’s plan, OPM anticipates costs will increases 10 percent to 15 percent annually “as personnel with the necessary coding expertise retire and cannot easily be replaced.”

The United States military agrees. According to Terry Halvorsen, CIO of the Department of the Navy, it is often more cost-effective to maintain COBOL systems than to replace them:

In many cases, however, maintaining an older system that fully supports our mission makes more sense than upgrading it or buying a new system that runs the risk of degrading our mission and requires a large investment. The [Department of the Navy] and industry still use a programming language developed in 1959 to operate major business functions in finance and personnel. In fact, nearly three quarters of the world’s business transactions are done in that venerable language, COBOL. Now with an estimated 200 billion lines of code, it still works. Part of the reason for this is it’s an easy-to-use language, it is fast and it processes data quickly. It is in use worldwide and has proven so stable and reliable that many Fortune 500 companies—Capital One, for example—still hire and train COBOL programmers.

COBOL is easy to learn… and the jobs are there.

What opportunities do you see in COBOL? Write me at alan@camdenassociates.com.