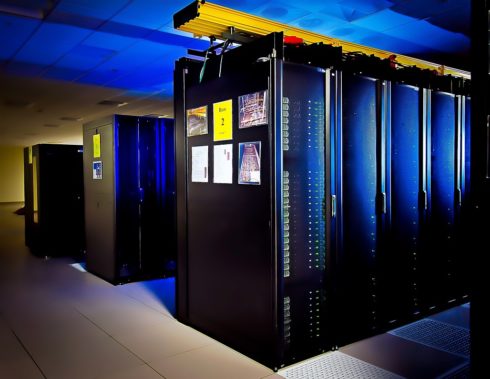 Many governments and business-oriented services are running on mainframes, and the spike in mainframe activity due to the pandemic has prompted organizations to seek out COBOL skills and expedite new approaches to working with the systems and architecture.

Over 30.3 million Americans filed for unemployment insurance due to the COVID-19 throughout the six weeks of lockdown so far, and as the numbers increasingly grow, government servers that are handling all of the unemployment claims are struggling to keep up in states such as New Jersey and Pennsylvania.

Some organizations such as IBM and the Open Mainframe Project (OMF) are working to quickly bolster the now highly demanded COBOL skills that are often associated with mainframes, while others are looking towards integrations with modern tooling as the answer.

RELATED CONTENT: 7 mainframe fallacies and the truths you need to know

“This pandemic underscores the critical nature for public sector mainframe applications to be agile and easily modified to meet fast-changing requirements,” Open Mainframe Project wrote in a blog post. “The challenge many cities and states are facing now is changing their COBOL code fast enough to respond to the increased unemployment payment eligibility in a very short timeframe.”

OMP launched a new forum where developers and programmers who would like to volunteer or are available for hire can post their profiles, describing their COBOL expertise, in an effort to quickly pair governments with individuals with COBOL skills.

As part of OMP’s COBOL initiative, a number of other different companies are also providing resources for the mainframe. Broadcom is offering Code4z on VS Code Marketplace, IBM is providing COBOL training, and Rocket Software is providing BlueZone Web.

Stephen Hassett, the president of GT Software, said there is a shift in how COBOL programming is regarded and is now often framed under the auspice of legacy modernization to make it more appealing.

“If you go back 2 years, COBOL programmers were being paid less than Java programmers so if you’re coming out of school you say let’s go for the modern language rather than a legacy language,” Hasset said. “However, that gap has narrowed.”

The simple supply and demand relationship can help in creating more programmers capable of handling COBOL-heavy workloads, according to Hassett.

Meanwhile, the main long-term solution for sustaining mainframe operations is to implement modern tooling and to open the mainframe to the process and tools used by cloud and mobile developers for speed and quality: open source-driven DevOps, according to Jean Louis Vignaud, a product management leader with responsibility for Broadcom’s Open Mainframe and DevOps value streams.

The problem is not with the language or with mainframes. One of the problems is that people with knowledge of COBOL are retiring and organizations are losing skills. The best way to address that is through application modernization to bring the younger generations to the mainframe, according to Vignaud.

“Although mainframes were built with a linear and sequential waterfall approach to software delivery, they can have the velocity that matches other architectures and platforms, without sacrificing quality, through modern tools and methodologies,” Vignaud wrote  in a blog post.

When it comes to dealing with the soaring unemployment claims, the governments that prioritized innovation are better off.

“One of the things that we see now is in states that don’t use mainframes, their servers are crashing or their sites are unavailable. And the ones that do have mainframes, they can adapt to that capacity and they’re staying off much better, especially those states that have kept up with the technology,” said David Rizzo, vice president of engineering at Compuware.

The acceptance that the mainframe is going to stay around is growing as many of many governments and business-oriented systems are running on the mainframe, and more are realizing that the mainframe has the capabilities to handle large capacity when they are properly invested in. Broadcom’s Vignaud said that while some organizations were leaving the mainframe five years ago, it is rare now.

According to IBM research, which has one of the most widely used mainframes (IBM Z systems), mainframes are used by 71% of Fortune 500 companies. In addition, mainframes handle 87% of all credit card transactions and 68% of the world’s IT workloads.

Companies have already invested a lot of time and money on mainframes in the past, and C-level executives are now realizing that they can innovate on the mainframe to fit their needs, according to Compuware’s Rizzo.

“The knee-jerk reaction is let’s get rid of the old systems, but then you see that they were built a certain way over the last 40-50 years and you can’t just replace all of that application code that was built to fit specific processes and regulatory environments, so you have to go back to saying let’s build new capabilities around the outside of the existing core systems,” GT Software’s Hassett said.

The integrations will attract more developers to work in an environment that they’re familiar with, according to Compuware’s Rizzo.

“When we see companies that are using modern DevOps tooling and they’re using modern methodologies, they can bridge that gap easier because people they bring in just have to learn the syntax of the language of COBOL. they can use a modern eclipse I.D., they could use things like Jenkins that they’re familiar with,” Rizzo said.

And due to this spike in activity, CIOs are now realizing that they need to allocate more of their budget to integrating with new DevOps tools that take advantage of modern tools and enable developers to work more and efficiently and rapidly.

This shows that while organizations have made great strides to implement modern development practices on the mainframe, there is still a long way to go before the adoption of DevOps and Agile methodologies on these core systems is as widespread as today’s digital economy demands, according to Compuware. The demand is constantly increasing as organizations expect to increase the frequency of new mainframe application feature deployments by an average of 41% in the next 12 months, surpassing projected feature deployments for non-mainframe applications at 38%.

Mainframes have worked efficiently for decades across many industries, according to Broadcom. In financial services, it’s been baked into the business model that itself is transforming, therefore the mainframe had to transform with it.

Meanwhile, in the public sector, processes on the mainframe have gotten so predictable that people haven’t thought as much to update it.

“During the COVID-19 epidemic, the banking industry and financial sectors who are heavily reliant on applications that are somewhat running on the mainframe have had to adapt to using some of these newer processes around CI/CD, around IDEs, and so on with development on the mainframe. So, they’ve had a business need to adopt DevOps around mainframes and therefore are in a better place to react and deliver,” said Sujay Solomon, chief Z DevOps advocate at Broadcom. “It’s possible that perhaps on the government side, the mainframe was doing its job behind the scenes so well that people didn’t really prioritize modernizing that process.”