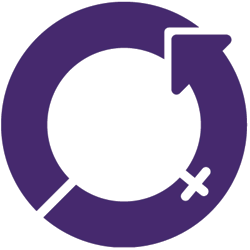 It seems like every other day we are celebrating something. One day it’s national this, the next day it’s national that. Today is International Day of Women (IDW2016), and it’s not one of those silly holidays that pop up on Twitter in the form of hashtags. But this is an important day.

Today celebrates the social, economic, cultural and political achievement of women. It celebrates women inventors and leaders of the past, present and future. It’s a time to take action as champions of gender parity.

For us at SD Times, we too would like to take some time to recognize this day. We have female reporters and contributors writing for our magazine, scouring the industry for the latest trends, analyses, and news on software tools and solutions.

For the industry as a whole, we need to move forward and continue to do our part. From talking to experts, it seems that a good strategy is getting young girls involved in computer science and programming at a young age and having them continue their passions into college. Girls Who Code wrote that in middle school, 74% of girls express interest in STEM, but when choosing a major in college, only 0.4% go into computer science. Only 12% of computer science degrees are awarded to women. Other statistics from the U.S. Department of Labor predicts that by 2020, there will be 1.4 million computer specialist job openings, yet U.S. universities are expected to produce 29% of the graduates who will fill these jobs.

According to these statistics, it seems like the industry could use some more women, but we have to start convincing girls at a young age that they can fill these roles.

Just recently, a study was conducted by computer researchers from California Polytechnic State University and North Carolina State University. It compared acceptance rates of contributions from men and women in the open-source software community, and found that while women coders are more competent than their male counterparts, they still faced gender bias. The researchers analyzed pull requests from 1.4 million computer programmers on GitHub.

Why might this be? While women may have been better or have more relevant pull requests on GitHub, they were neglected once their gender was known. While I do not use GitHub, I have been told that it’s better to use gender-neutral user names and keep femininity out, especially when using Reddit. The more “girly” you sound, or if your user name and posts have any traces of being female, you need to anticipate the trolls or just be being ignored altogether.

We can’t deny that we’ve come a long way. Remember Ada King, the Countess of Lovelace? She composed something in 1843 that was the basis for what we would call the first computer program. She collaborated with inventor Charles Babbage, and she expanded his concept for an analytical engine, which was really just a computer that could use an algorithm to shape its output.

And we can’t forget Margaret Hamilton, whose software got a man to the moon. Neil Armstrong took his first small step on the moon with Apollo 11, but it was Hamilton’s effective testing of software that helped him do so.

I come across many studies and statistics delving deep into why women aren’t studying computer science, and one reason is that they don’t have any role models to look up to. King, Hamilton and Grace Hopper are surely the pioneers for women in STEM, but what modern women do we have to look up to? A quick search on LinkedIn gives you access to hundreds and hundreds of women in tech and software. Women who code, women in open source, presidents of Fortune 500 companies—they exist. Look up to Anita Borg, founder of the Systers online community. Or what about Reshma Saujani, the founder and CEO of Girls Who Code? Or Lauri Saft, vice president of the Watson ecosystem at IBM?

So for our male (and female) readers, if you have daughters, nieces, sisters—encourage them to take a coding course or two. A way to correct the gender inequality in STEM is to raise awareness and increase the amount of women in the industry.