Companies reaped the benefits of agile and DevOps in 2016 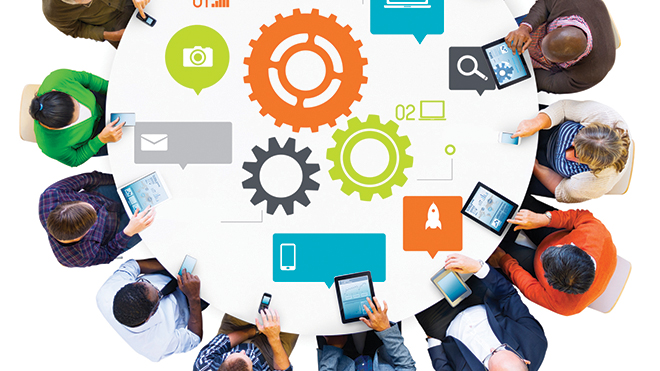 DevOps is the buzzword software and technology companies are all too familiar with. Despite how mainstream the concept is, organizations are only just now implementing appropriate DevOps strategies, especially since automation, continuous testing and getting to market faster are the ways to remain on top.

DevOps is designed to improve the quality of applications, but it’s also designed to improve the quality of the organization itself. This year, organizations explored new ways to get their teams to adopt DevOps, like making sure management plays a new and different role, and truly breaking down silos. These are steps that vice president of community development at Chef, Nathen Harvey, recommends teams consider in the future.

Another way companies can break down siloes is to align the people with the processes and technology. The main issue agile experts like Zubin Irani, CEO of cPrime, saw with organizations is that they approach agile from different angles, and as a result, there is absolutely no connectivity. Agile and DevOps are meant to solve problems, but these problems cannot be solved unless companies see the big picture, he said.

In addition to companies ramping up their collaboration efforts, there were a few big announcements in terms of DevOps solutions and testing suites. CA Technologies acquired BlazeMeter in October in order to strengthen its position in testing efficiency and to broaden its DevOps portfolio.

CA later acquired Automic in December after releasing its unified suite of business automation products for DevOps teams a few months earlier. The acquisition of Automic would give customers more options to address their IT and DevOps challenges, especially for on-premise, the cloud and hybrid cloud environments, said Ayman Sayed, president and chief product officer of CA.

CollabNet also joined the DevOps movement this year, after it introduced a DevOps solution and partnership with Clarive Software. Its DevOps Lifecycle Manager was created to help teams deliver applications faster while still having visibility across the entire tool chain of work items.

HashiCorp ventured into enterprise sales this year with Vault Enterprise, its DevOps tool chain that enables organizations to adopt DevOps practices in their approach to security. Specifically, Vault offered developers a simpler interface for dealing with hardware security modules, along with a unified path for developing security modules.

Security was also a big topic of conversation this year for DevOps teams, because the shift in speed and agility exposed some major gaps in application security, according to an HPE Security Fortify survey of security developers.

According to this report, 99% of respondents agreed that DevOps culture needs to improve when it comes to application security, and yet only 20% actually test security throughout their development processes. A lack of security testing in DevOps environments creates some barriers for teams, and moving forward, companies should consider the top-down and bottom-up approach when it comes to security. Security should be a shared responsibility, and developers need to help identify these vulnerabilities earlier on in the development life cycle.

In the new year, it’s possible DevOps won’t be around anymore. Not the practice or processes, but the word itself. According to Todd DeLaughter, CEO of Automic Software (now a part of CA Technologies), today’s catchy technology phrases have become “so intrinsic” to business and operations that there isn’t a need for them anymore. And DevOps is at the top of the list of words that are no longer needed since it’s becoming more mainstream.

DevOps is on its way to achieving its full potential, but the only way to know will be if people stop saying its name, said DeLaughter. Perhaps “DevOps” will be dead in 2017.