Honoring Gene Amdahl, who developed the System/360 mainframe at IBM 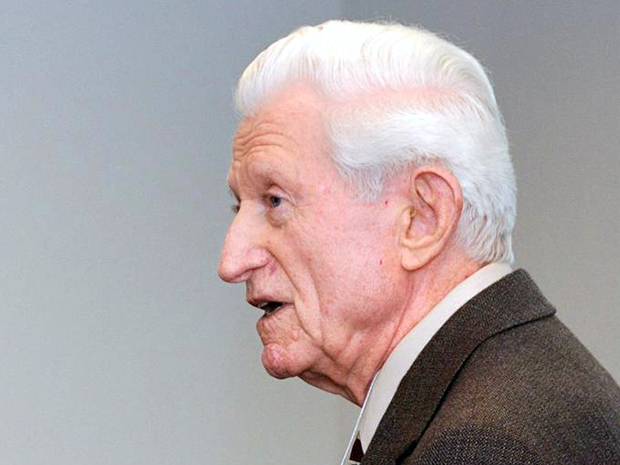 With computers and devices faster than they’ve ever been, it’s hard to imagine life before today’s technology advancements. But thanks to development pioneers, their creations and talent has led to pieces of technology and software that makes the world what it is today.

Gene M. Amdahl was one of these individuals. He died Tuesday at the age of 92, leaving behind more than a legacy, but a foundation for the mainframe computer industry to build on.

Amdahl was known for his mainframe computers at IBM and his own company, Amdahl Corp., according to an article by IEEE Computer Society. He also created Amdahl’s Law, used to predict the improvement of a system when using parallel computing on a portion of a particular program.

The New York Times wrote that Amdahl was a computer scientist at IBM in the 1960s, where he played a crucial role in the development of the System/360 series. This was the most successful line of mainframe computers in IBM’s history, and some of the current IBM mainframes can still run some System/360 applications, according to the Times.

Besides his contribution to computer science, his passion and dedication is what stood out to many individuals in the industry. CEO of Appvance Kevin Surace said that he was lucky enough to meet with Amdahl several times over the past 30 years, and he considers him to be one of the “Valley greats.”

“While he had both successes and failures, his legacy of leaving IBM to start a competing computer company in Silicon Valley is the stuff of legends, and in this case he is truly that legend,” he said.

Surace also noted that Amdahl had a rule to never take venture capital because “he didn’t trust them,” which was at the time a controversial stance to take.

When Amdahl left IBM, he started Amdahl Corp. in Sunnyvale, Calif., in 1970, and received funding from Fujitsu. His ideas there led to building a machine that was faster and less expensive than IBM’s comparable computers, according to the Times. He also created Trilogy Systems, which built an integrated chip that would allow mainframe manufacturers to build low-cost computers.

As one of the founding fathers of the tech world, Amdahl’s contributions “were the foundations of the world as we know it,” said Gabriel Seidner, head of business and strategy at Creative360. When he emailed SD Times, he said that the fact that his comments about Amdahl’s passing are able to be collected in a matter of minutes, in a way, is a tribute to his memory.

People took to Twitter to express their feelings and remembrance for Amdahl. Art Golden wrote, “I owe my career to this genius, as do most mainframe professionals. Sorry to hear about his passing.” Joe Kinsella, founder of CloudHealth Technologies, tweeted, “RIP Gene Amdahl. Few more years and you might have seen ‘new’ mainframe in the cloud.”