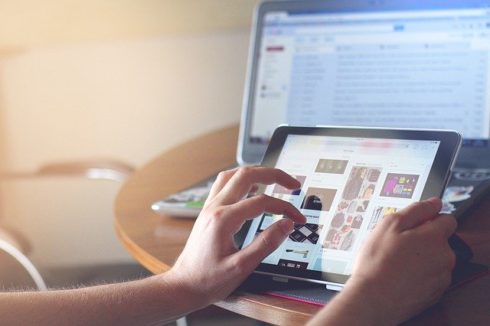 Allow some self-indulgence as we celebrate 20 years.

Growing up, I always wanted to be a sportscaster, having worshipped at the temple of the great Marv Albert (“kick SAVE and a beauty!). I went to the University of Maryland for journalism to begin the quest, and walked into the radio station, declaring, “I’m here to do football!” Instead, I was told if I watched and learned, I could be given women’s field hockey by the time I was a junior.

Undaunted, yet pivoting from sportscaster to sportswriter, I walked into the campus newspaper office and declared, “I’m here to do football!” They handed me a notebook and said I would work the post-game visitor’s locker room. And so it began.

After graduation, I worked in sports departments in various newspapers around the country, and after a few years, learned what all sportswriters know. You lose your fandom in the pressure cooker of deadlines. Suddenly, the games aren’t fun anymore. They’re work.

I learned something else, too, that I hadn’t foreseen. Over time, you realize that once you’ve seen a completed “Hail Mary” touchdown pass, or a last-second buzzer-beating three-point shot, or a penalty shot successfully converted in hockey, that you’ve eventually seen every possible outcome there could be. So, sports was not only no longer fun. It was boring.

A mid-career interview with Ted Bahr for the executive editor’s position at news startup SD Times changed all that. Ted didn’t so much conduct an interview as he made an hourslong sales pitch. His enthusiasm was infectious. I guess I would most closely liken it to how the “family” felt about Charles Manson (without all that gore). I was mesmerized.

When he wrapped his spiel, I said, “This all sounds very exciting, but I have to tell you, I know nothing about computers.” I wasn’t lying. While colleagues boast about having the first Commodore or early Apple MacIntosh computers, my first was in 1994. A Packard Bell. I didn’t know how it worked, like I still don’t really understand how old television sets worked. I bought it so we could keep our young children entertained with interactive games and songs, and not just have them watch “Barney” videos till their eyes and ears bled. As I started using it more, I became more and more curious.

Back at the interview, Ted’s retort to my admitted lack of knowledge caught me off-guard, and changed my life. “Well, we don’t know anything about publishing a newspaper.” Wow.. so, like, what are YOU thinking, I thought. But newspapering is something I most definitely knew how to do. And so, Dave 2.0 emerged.

November 1999 marked the beginning of what has become a 20-year career in tech journalism. Under the incredible tutelage and guidance of Alan Zeichick — a superb editor whose work once again graces the pages of this special edition of SD Times — I got a crash course in the tech of the day (which was much easier to understand than today’s goulash of technologies and methodologies). I was unsteady but prepared enough to deliver Issue 001 of SD Times, on Feb. 23, 2000. And listened. And learned.

Along the way, I have picked up many things. Perhaps the most striking, yet most obvious in 20-20 hindsight, is that covering the software development industry is most definitely not boring. Far from thinking I’ve seen every possible outcome, our world changes so rapidly that as a journalist, it’s imperative to be constantly learning, to ask the right questions, to poke the new startups to find if what they’re doing is merely spin or actually groundbreaking.

What we’re writing about today, we couldn’t have even imagined in 2000. And I’m sure in 2040, what is being written about software development will be completely different again.

I hope that SD Times is still publishing then, continuing to uncover stories that, as Ted wrote in his retrospective in this edition, our readers didn’t know they’d need to know. We did a cover story on how people with autism actually have the exact skills needed for programming. We’ve written about how the design of your office can affect how people work (the verdict was overwhelmingly ‘No Open Office’). We wrote about DevOps not being the ‘kumbaya’ moment it was pitched as. There have been 20 years worth of stories like these, along with industry profiles and news analyses.

That’s what a magazine does. In long form. And that’s what we will continue to do, for as long as I’m at the helm. I promise you, it won’t be boring. 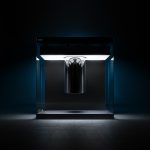