Analyst Watch: Smartphones are about to become obsolete 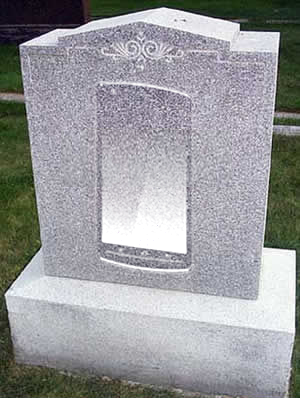 We go through technology cycles, and often things that are incredibly popular evaporate over time. Eight-track tape players gave way to cassettes, which gave way to iPods, which gave way to iPhones and iPads. You might recall products like the Motorola Razr that folks lusted for, but that entire class of phone is largely gone now. Remember the Palm Pilot? It also saw massive lust, but the company is only a fading memory today.

I think we are beginning to see the end of the smartphone, and here are the leading causes for taking it to the great technology graveyard in the sky.

Phablets
More tablet than phone, this class is currently led by the iPhone 6+, which is more like a small iPad than a smartphone. You hold and use these devices more like tablets, and while you can hold them to your head, you both look silly doing so and are in some danger of knocking yourself out if you answer a call too quickly.

Phablets’ primary advantage is that they are more useful for most productivity and entertainment activities, and it removes the need for a smartphone, reducing both your hardware cost and service fees. You only really need one.

Connected Wearable Devices
If you look at either the Google Glass implementation or Samsung’s 3G Smartwatch, which is always connected, neither needs a smartphone to work and both could be adapted to do smartphone kinds of things. You can put a pretty big screen on a smartwatch and, if we carry a tablet, we don’t need a larger screen on a phone as well. The head-mounted display of Google Glass can, as technologies improve, effectively give you a 70-inch monitor to work with (providing very high resolution very close to your eye), and the Smartwatch is far easier to carry because it leaves both hands free.

Voice command is improving with technologies like Siri and Cortana, so you shouldn’t need physical keypads or virtual ones for either sending messages or dialing the devices. Further, a Smartwatch can easily link with a wireless headset, while Google Glass-like products typically have headsets built in.

You can’t keep a good trend down
The Phablet trend is already in place because these devices look and act like big smartphones, so it is very easy to wrap our heads around the benefits. Bigger is generally better for anything that accesses the Web (it will fully render a PC-based Web page far better), and we’ve known bigger screens are better for video ever since we saw our first big-screen TV.

Wearable Devices will have a harder time gaining traction because they force you to do things differently. You’ll have to dictate messages as opposed to typing them, put something on your wrist or head, and even if you are used to a wristwatch, you will likely find that putting the display inside your wrist rather than outside works better. That is a lot of change to ask someone to make, and humans aren’t that fond of changes, so I think we are a few years out from seeing anything like a mainstream replacement of smartphones by wearable devices. I do think, though, that wearables are likely the end game.

This is because we like convenience, and a wearable device will always be more convenient than something we have to pull out. Look back to how watches developed and what they evolved from (replacing pocket watches). Head-mounted devices, if they can be made less geeky and more attractive, are more convenient yet. I imagine in a couple decades we will likely move to surgically embedded devices that replace all of this stuff and which are powered off the body’s electrical field.

Saying goodbye to the smartphone
The smartphone clearly has a few more years in it as the dominant personal technology device. However, we are starting to see the emergence of two classes of devices: the Phablet and Wearable Devices. Of the two, the Phablet will likely do the most initial damage because it is the most natural extension of the smartphone. But eventually Wearable Devices should prevail as their convenience gives them the strategic advantage.

All of this is on the path to eventually having these things surgically implanted, and our kids will likely look at our magical devices like we look at typewriters and wonder how the heck anyone ever was able to work with such obsolete gear.