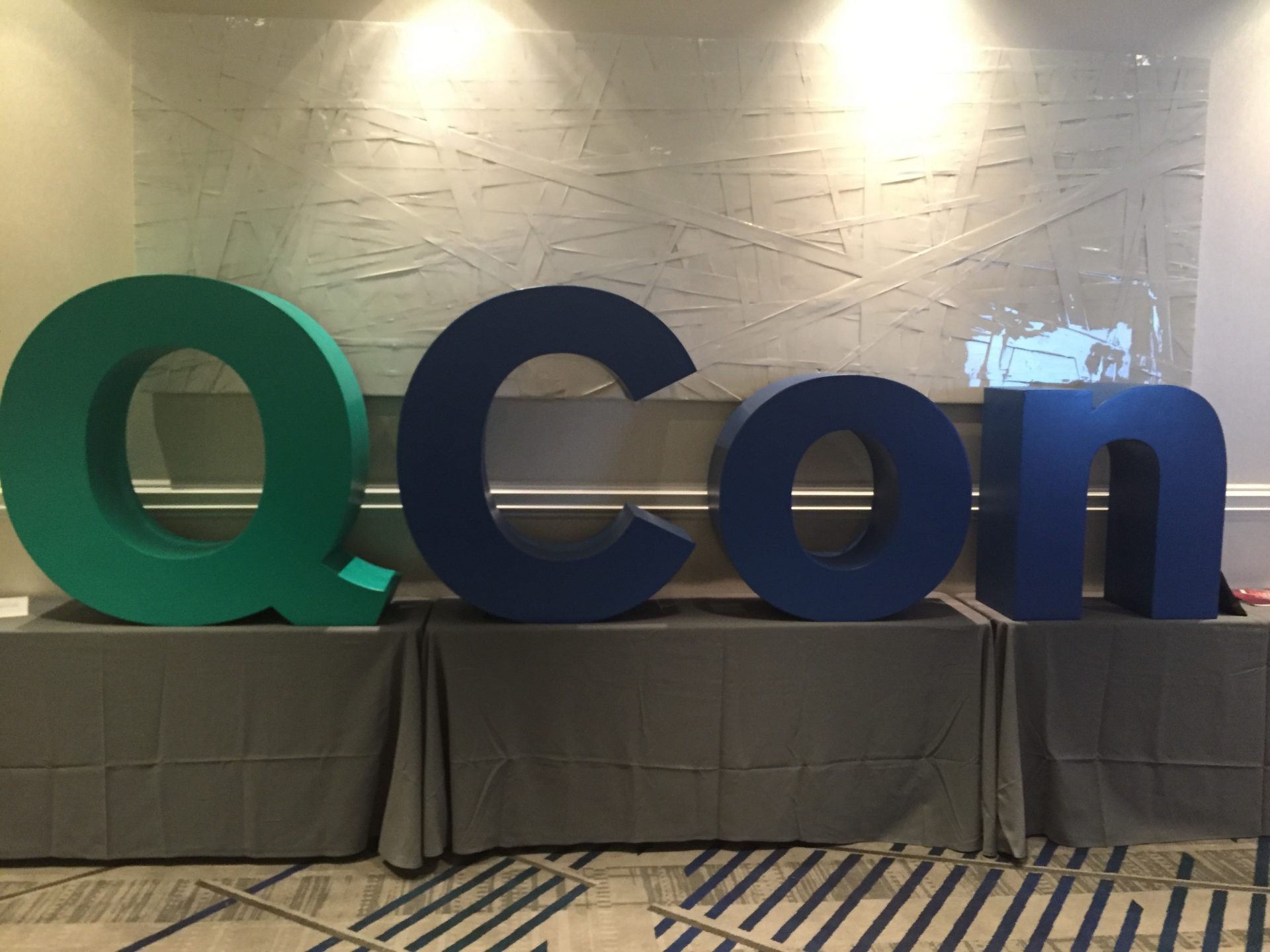 QCon New York kicked off its fifth annual event at the New York Marriott at the Brooklyn Bridge today. Some of the popular panels included the Netflix API Platform for Server-Side Scripting, hosted by Katharina Probst, an engineering manager at Netflix; Scaling Uber to 1,000 Services, hosted by Matt Ranney, chief systems architect at Uber; and Large Scale Stream Processing with Apache Kafka, hosted by Neha Narkhede, cofounder and CTO at Confluent.

John Allspaw, CTO of Etsy, began QCon this morning with a keynote about incident response and trade-offs under pressure. He gave an overview of what steps engineers can take when faced with uncertain scenarios, and many of his examples resonated with the audience.

Allspaw talked about fields that often deal with incident responses, like military, space transportation, aviation and air traffic control. But despite the steps engineers can take to prevent problems, many are still left with scenarios that they hadn’t prepared for.

(Related: Putting test back into DevOps)

Because of this, Allspaw said in his keynote that “anomaly response does not happen the way we might imagine,” and that engineers need to look hard at how something actually happens. The data is there, he added; it’s just up to the team to learn how to capture it and understand it.

Variety of vendors
In addition to the panels, there were several software vendors showing off their latest technology and solutions.

IBM was demonstrating its Cloud Platform, Bluemix, and how to quickly build a variety of apps using it.

Jonathan Kaufman, developer advocate for IBM, led the demonstration on how to use Node-RED, which is open-source and helps developers visually build apps. He talked about how IBM Bluemix gives developers all they might need to build competitive applications. This is especially true for those using their Watson technology, he said, which allows developers to add such things as natural-language processing capabilities or predictive analytics.

“It’s great because as a developer, you don’t need to be an expert [in cognitive technology] to build a smart app,” said Kaufman.

He will speak more on Wednesday about how to make apps “smarter,” and what buzzwords like cognitive and smart apps actually mean. He will also be building an application from scratch, and discuss how to integrate Watson into an existing application.

For interested developers, they can sign up for Bluemix and try it out for 30 days. Since it’s a PaaS, developers also have access to boilerplate apps.

Developers can also use Sencha GXT, a UI framework for building data-rich HTML5 applications for both desktops and tablets using Java. This helps developers write applications in Java and compile their code into HTML5. Shikhir Singh, senior developer relations manager for Sencha, said that one of the main features of Sencha’s products is that they provide stability, which in turn gives users a better experience.

CloudBees was at the show to talk about how its Jenkins Platform—Private SaaS Edition is the best way to run Jenkins. Private SaaS Edition is a turnkey, elastic “Jenkins-as-a-Service” solution for enterprises to run on their private cloud infrastructure. With this, the CloudBees platform also leverages Docker containers internally with one click, so no other knowledge or administration of Docker containers are required.

Fear is an obstacle to learning
There was also a special track on how to optimize a company’s culture for learning.

Sonali Sridhar, the cofounder of the Recurse Center (RC), talked about how it provides something similar to a writer’s retreat but for computer programmers, which is free for everyone. People can apply with “cool” open-source projects, and spend six weeks to three months with other programmers.

Sridhar emphasized, “We are not a boot camp.” She said they fill an environment that was designed to be like a big container, and inside this container, programmers get to do whatever they want.

RC has been around for five years and works with about 200 programmers a year (with 35% of them being women and 10% being minorities). The organization also partners with 100 companies to make money, and they have distributed more than US$1 million in grant funding.

One of the main takeaways from her talk was that even in the working world, people are still afraid of looking stupid (and yes, she said even programmers have this fear). That’s why RC created an environment that is open and allows for brainstorming, and it allows programmers to feel comfortable saying “I don’t understand.”