A blended approach to managing data

New stores, new processes
When it comes to the actual database, NoSQL data stores are offering another wrinkle. Couchbase, for example, is a NoSQL database that behaves similarly to Lotus Notes. For mobile applications, this means that Couchbase can be used to embed a datastore onto a mobile device, then sync that datastore with the remotely hosted version of Couchbase.

“I come from Oracle, where I spent 14 years,” he said. “I grew up in CRM from Siebel, and the models in CRM are extremely complicated. We went through several variances, and even a simple thing like a contact… the model associated with that becomes monstrous over time.

“At the application logic level, some things you’d do in the database, like validation into your application code, and things like joins and queries just to get simple objects. That just doesn’t work in today’s mobile space. Applications move faster and need to evolve a lot faster. These are completely dependent on databases, from the change tracking perspective.”

He went on to say that, “For our database, because it’s moved to the application for management, it’s managed at the code level. The same code can be used for archiving [and] versioning, and could be stored on GitHub… rather than within the database. The actual migration of the database is being managed on the change management [system].” Thus, NoSQL data stores allow the application to define the layout of the data. Because of this, simply doing version control within the application code itself can help to manage the data.

Mongo extends this concept even further with its MongoDB Management System. This enterprise tool for managing MongoDB instances can quickly spin up test environments and replicate data from one area to another, ensuring testers and developers can access the data during development.

That doesn’t mean it’s the entire solution to the data management problem, yet, however. Kelly Stirman, director of products at Mongo, said, “What it doesn’t do is things like data masking and sampling. It doesn’t generate different distributions of fields and attributes or create randomized samples. There’s a lot of interesting stuff you could do to load test your applications based on the distribution of certain types of values on a known data set. We’re looking at that and thinking about [adding these capabilities to future versions].”

The business of data
Sean Poulley, vice president of databases and data warehousing at IBM, said that understanding the data life cycle requires an understanding of how a database works in a services environment. “One of the things people often misunderstand is that having a database is one thing, but running a data service is another. There’s a world of difference between having a database-management product and actually delivering it as a service,” he said.

To this end, IBM has been focusing on CouchDB as its platform for the future. IBM acquired Cloudant in February 2014, and has since been building enterprise products around CouchDB, the database originally created by ex-Lotus developer Damien Katz. CouchDB is, essentially, an attempt to recreate the database system inside of Lotus Notes. 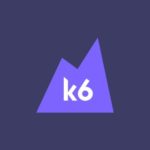