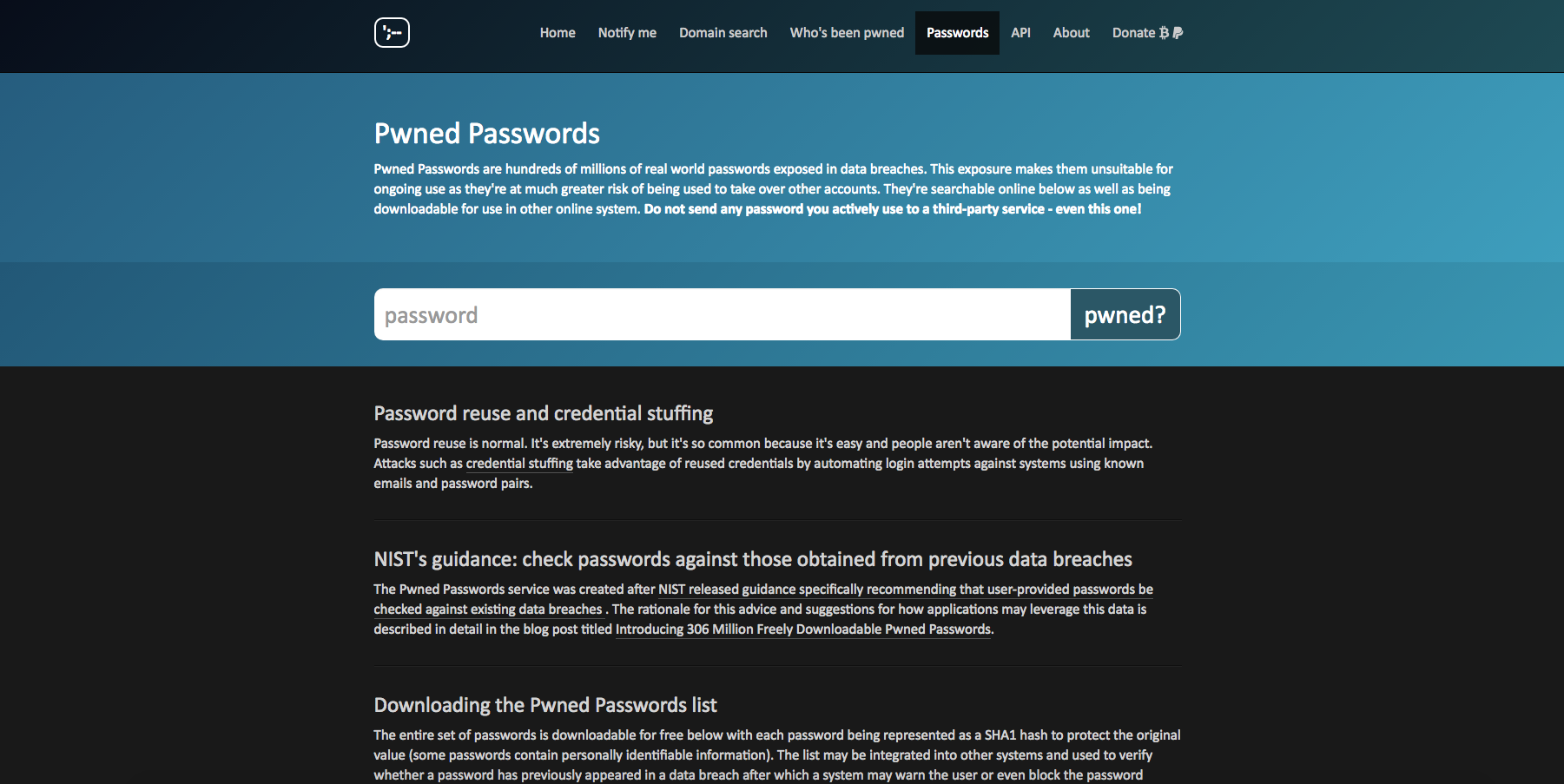 Troy Hunt, a Microsoft regional director and security guru, released 320 million freely downloadable “Pwned Passwords” to shed light on how many real-world passwords have been exposed in data breaches. The service was created after NIST released guidance recommending that user-provided passwords be checked against existing data breaches.

“My hope is that an easily accessible online service like this also partially addresses the age-old request I’ve had to provide email address and password pairs; if the password alone comes back with a hit on this service, that’s a very good reason to no longer use it regardless of whose account it originally appeared against,” writes Hunt in a blog post where he details the purpose of “Pwned Passwords.”

Hunt suggests people use this data to do “good things,” and use it as an opportunity to not just reduce the risk of a service running, but to help individuals understand the broader risks due to their password management practices, he said.

PyTorch version 0.2.0
The next major release of PyTorch is here, with long-awaited features like Broadcasting, Advanced Indexing, Higher-order gradients, and most importantly, Distributed PyTorch.

With Distributed PyTorch, the team introduces the torch.distributed package that allows developers to exchange Tensors among multiple machines. With the package, developers can scale their network training over multiple machines and larger mini-batches. The latest version of PyTorch, in addition to long-awaited features, includes a few bug fixes and small improvements.

Also, due to introducing Broadcasting, the code behavior for certain broadcastable situations is different from behavior in 0.1.12.

“Because of recent election-related events, it’s not surprising that developers and IT professionals have so little confidence in the ability of governments to prevent hacking. But the reality is that all organizations and enterprises should take precautions to prevent data breaches,” said Netsparker CEO Ferruh Mavituna.