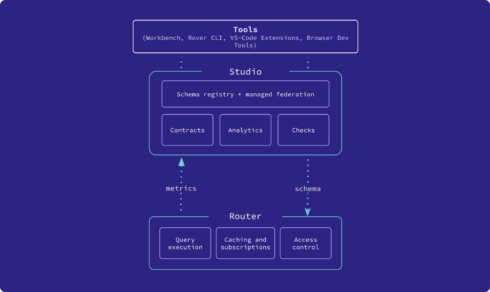 Apollo GraphQL today introduced the supergraph, a network of a company’s data, microservices, and digital capabilities that enables product and engineering teams to create a better experience for users.

A supergraph works as a composition layer and facilitates collaboration between backend data services and front-end applications and devices.

With this, Apollo is also releasing major updates to the core components of its supergraph stack. These include Apollo Router, a free and open Rust-based supergraph runtime, as well as two new features for Apollo Studio’s free tier.

These new features are Schema Checks, which help to be sure that newly composed schema will not break client applications, and Launches, which offers visibility into the schema-checking and launch process. These components had previously only been available to enterprise customers.

According to the company, these features combined with the updates made to Apollo Federation back in April work to make the supergraph simple to use, more powerful, and free of cost.

“The supergraph is a new way to think about GraphQL,” said Matt DeBergalis, CTO and co-founder of Apollo GraphQL. “It’s more than a way to connect front-end applications to the data and services they need to run – it’s a composition layer that can span an entire organization. We’ve already seen supergraphs become the standard GraphQL implementation powering some of the world’s most complex digital experiences. It’s a declarative and modular architecture that anyone can use and standardize around.”