Beware the red-yellow-green report: The shift from project management to Value Stream Management

Project manager Adam sends his boss a status update for the weekly project status report. Adam’s project is delayed due to conflicting priorities with other projects, so he marks the schedule portion of the report red — an accurate reflection due to a missed milestone.

Because of the delay, there will likely be a budget impact, so Adam marks the budget column yellow. 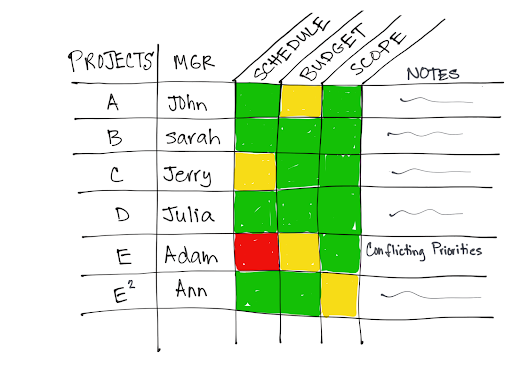 Later that afternoon, our project manager is summoned to a meeting with the VP to explain why he let his project slide into red.  His explanation of conflicting priorities with other projects is not well received. He is told to get his team under control – to instill a sense of urgency with his team to prioritize his project over others.

RYG reports hide conflicting priorities
The RYG report represents what can go wrong with project management reporting. The truth gets lost. Teams rarely work in isolation. Ask any expert who supports multiple teams. They get pulled in different directions and frequently become bottlenecks. Priorities are unclear across all the projects and initiatives. So much so that people attempt to work on everything at the same time, get pulled in multiple different directions and end up unable to focus long enough on any one request to complete it in a timely manner.

Furthermore, people don’t want to tell the boss bad news, and often don’t – until it’s too late. Red reported on the RYG report attracts scrutiny from above, which creates extra work for project managers. Much effort goes into looking successful in the organization, and a red status usually clashes with the perception that all is well. When unwelcome news arrives, the messenger gets shot.

If project managers who need experts or specialists could see all the other work on people’s plates, the problem becomes self-evident. But when managers can’t see the big picture because they’re just looking at their own project team’s work, the other commitments on the shared experts’ to-do list are invisible.

It could be that the single most valuable thing for a team member to do — from a high-level business perspective – is for someone on a project manager’s team to go help someone on another project team finish something. But, there’s not much incentive for team members to do so when the desire is to report green on the weekly project management report.

Will our project manager risk reporting red again next week? Or will he join other project managers who have experienced similar reprimands. Perhaps he will update his resume and move on.

As if incorrect information and beaten up messengers aren’t enough, RYG reports are also time-consuming interruptions. Crafting a politically safe opinion consumes energy that could be better spent elsewhere. More on where in a bit.

There are signals of the RYG report going away. As managers and directors practicing DevOps are promoted and move up the ranks to senior management and VP positions, reporting is changing. Because individual team performance can increase to the detriment of company-wide performance, making problems transparent is a welcome risk-reducing strategy. A preference for viewing real data in real time is replacing static and erroneous RYG reports.

I’m sure that somewhere out there, a legitimate RYG report exists. I’ve just never known anyone that’s seen one. Similarly, unfruitful dashboards are bound to exist. Dashboards though, automatically generate real data. They don’t rely on carefully crafted opinions.

Good business decisions require good metrics
One driver of the shift from project management to Value Stream Management is the acknowledgement that IT is a part of the core business. Every company today is a technology company. Strategic technology leadership is best supplied in-house and not outsourced. The companies that grasp this fact are the ones that will shape the future, while others watch from the sidelines as they become less relevant. Consider this: General Electric, the last original member of the Dow Jones industrial average (which at one point outsourced 70 to 80 percent of its IT work), was dropped from the blue-chip index in June 2018. There is no better time than now for technology companies (meaning all companies) to welcome IT leadership to the executive table to influence business decisions. 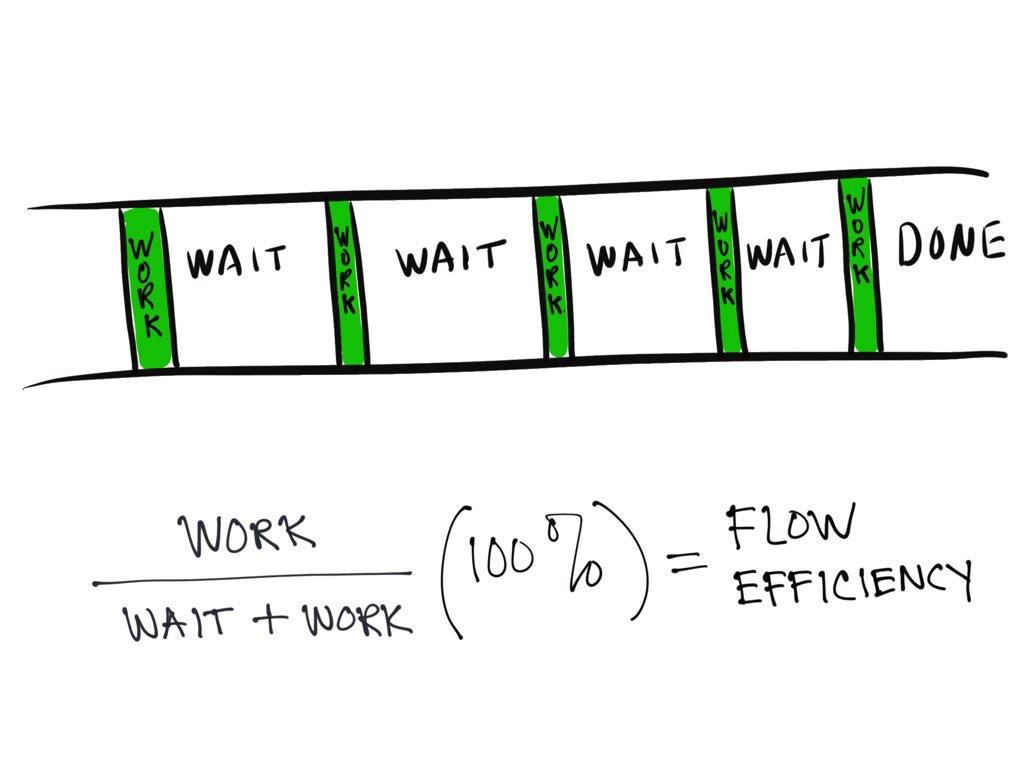 Visualizing the flow of work across the value stream provides end-to-end visibility to stakeholders and to all involved. Wait times from bottlenecks are revealed showing where value is generated or lost. Conflicting priorities become clearer — optimization of business value generation instead of project team activities becomes accessible. If you, too, are weary of the RYG reporting paradox and want to remain relevant, consider that managing and reporting by value streams trumps managing and reporting by projects. 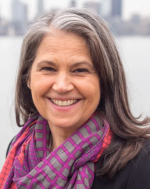 Dominica DeGrandis is director of Digital Transformation at Tasktop.

View all posts by Dominica DeGrandis