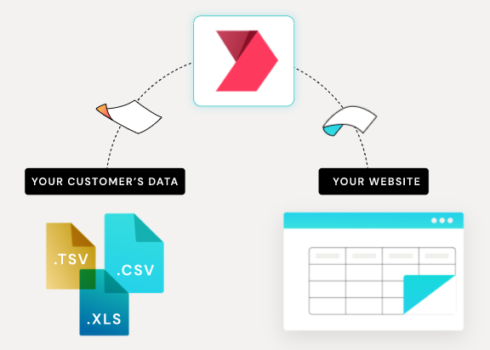 The challenge of moving data between platforms, between organizations, or even something as seemingly simple as onboarding a new customer, has been a pervasive one, especially considering how important accurate and available data is to pretty much every business.

The problem of transferring data has led to numerous file formats, notably Excel spreadsheets and multiple variants of CSV files. Each data format can require developers to write custom scripts to handle each new data set. CSV is often the go-to solution due to its simplicity, human readability, and portability. But even in the simplest format, there is a great deal of variability, and whether onboarding an unfamiliar format (unfamiliar to the target system), or a recognized CSV format, the chances of the data being configured exactly as your system would handle it is minimal.

To speed up these kinds of data transfers and integrations, a company called Flatirons Development has recently released a solution called Fuse to address these issues. The platform – which can be white-labeled so a company’s customers can seamlessly upload their data in their own format – allows salespeople or customer experience teams to upload data themselves into the Fuse UI. The platform, which accepts  multiple tabular data formats, including multiple variants of CSV (.TSV, UTF-8, Unicode) and spreadsheet file formats (.XLS and .XLSX), is then able to match existing data to the target system, validate the data, and even transform it (via small code snippets) to make it compatible with the database on the target user’s system.

“If an email is incorrectly formatted, doesn’t have a .com, or if a URL is mis-formatted, you are able to see the errors and correct them without having to bring in software developers to do trial and error and fix what should be something that is essentially an intern’s task but currently requires an engineer,” said Michael Frederick, the CEO of Flatirons Development and a long-time software engineer.

Small errors become larger and more intricate problems as data sets become larger, Frederick added. Having worked on years-long projects moving data from one system to another, the need for a reusable, off-the-shelf solution became apparent

Flatirons Fuse is also able to perform custom transformations. For example, Frederick outlined the example of an address field in an old system. If, in the old system, “they just had an address field, where the new system has address, city, state, zip code, you can actually just write a small code that’ll say, hey, if it’s an address of this format, split it apart. Move these to other fields.

Further, Flatirons Fuse also allows for two types of validation, front-end, and back-end. For front-end, Frederick explains, “So that’s sort of like the JavaScript layer where you can say, okay, this email address is invalid,” he explained. Back-end validations compare the data in the CSV or spreadsheet with the data within the target system (their back-end). Frederick posited the following example: “Let’s say that you have a system that only accepts unique email addresses. And someone imports a duplicate email address. We allow the customer to specify back to the user that this email address already exists, we can’t import it, we had a problem. When you can see that in the interface, you can correct it or you can skip that row.”

With the challenges inherent in data transfer, it is also a significant undertaking for a team that may not be intimately familiar with the problem. Creating in-house solutions invariably involves a great deal of trial and error, which translates to time and expense, not to mention the risk of the solution proving inadequate or less flexible or scalable than initially intended. Your development team is not focused on importing customer data, nor should they be. Their focus is better applied to the core deliverables of your solution.

Flatirons Fuse is built by a team dedicated to providing a seamless, white-label CSV and spreadsheet importer that integrates fully with your website or application. With intimate knowledge of the challenges, and a focused effort on finding creative solutions to data onboarding, you can be confident that the product works as it should

Flatirons Fuse’s low-code approach ensures that developers (and ‘citizen developers’) can minimize the time spent on developing an importer, or even managing import-related  tasks such as adding columns or rows, giving them more time to work on projects of higher value. And frankly, that can only improve your bottom line. 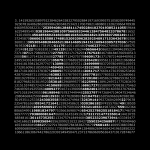