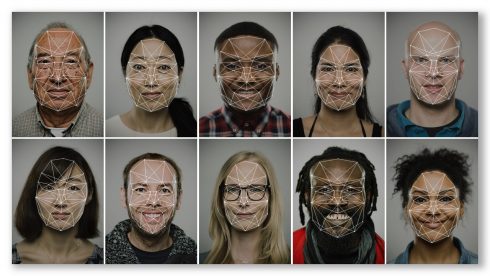 Data privacy continues to be a concern as more of our lives are online, but it turns out it’s not only the Internet or hackers you have to worry about. Recent reports have revealed that the Federal Bureau of Investigation and Immigration and Customs Enforcement agency are using state driver’s license databases to fuel their facial recognition investigations.

This is very troublesome for a number of reasons, number one being that no one has given permission for their photo to be used, and no one knew that their photo would be or could even be used this way. Having to get your picture taken at the Department of Motor Vehicles when you obtain or renew a driver’s license is mandatory. I don’t remember ever signing anything that said it can also be used in a facial recognition database. There is no way to even opt out of this scenario, because if you don’t want this to be an issue, what is the answer to that? Not having identification? Does this also mean other personally identifiable information like passports, birth certificates and home addresses are also fair game?

But there are two sides to every coin. One could argue that as long as you haven’t done anything wrong, it really doesn’t affect you. But facial recognition is still in its early days and it has the potential to be biased and abused. This type of invasion could have ripple effects and open new doors for government agencies to take advantage of this and other evolving technology.

Microsoft has warned about facial recognition technology being misused. “The facial recognition genie, so to speak, is just emerging from the bottle. Unless we act, we risk waking up five years from now to find that facial recognition services have spread in ways that exacerbate societal issues. By that time, these challenges will be much more difficult to bottle back up,” Brad Smith, president of Microsoft, wrote in a blog post. As a result, the company put a number of safeguards in place such as fairness, transparency, accountability, nondiscrimination, notice and consent and lawful surveillance.

Under lawful surveillance, the company wrote: “We will advocate for safeguards for people’s democratic freedoms in law enforcement surveillance scenarios, and will not deploy facial recognition technology in scenarios that we believe will put these freedoms at risk.”

Does the FBI and ICE taking our motor vehicle photos without permission violate our basic freedoms when a majority of motorists haven’t even committed a crime?

However, Harrison Rudolph, associate at the Georgetown Law Center on Privacy and Technology,  told the New York Times that “this is a scandal. States have never passed laws authorizing ICE to dive into driver’s license databases using facial recognition to look for folks.”

“Facial recognition is unlike any other form of surveillance. It enables automated and ubiquitous monitoring of an entire population, and it is nearly impossible to avoid. If we don’t stop it from spreading, it will be used not to keep us safe, but to control and oppress us—just as it is already being used in authoritarian states,” the organization wrote.

Evan Greer, deputy director of the Fight of the Future adds: “Imagine if we could go back in time and prevent governments around the world from ever building nuclear or biological weapons. That’s the moment in history we’re in right now with facial recognition. This surveillance technology poses such a profound threat to the future of human society and basic liberty that its dangers far outweigh any potential benefits. We don’t need to regulate it, we need to ban it entirely.”

However, Microsoft believes there can be some useful applications of facial recognition when in the hands of the government. “Some emerging uses are both positive and potentially even profound. Imagine finding a young missing child by recognizing her as she is being walked down the street. Imagine helping the police to identify a terrorist bent on destruction as he walks into the arena where you’re attending a sporting event. Imagine a smartphone camera and app that tells a person who is blind the name of the individual who has just walked into a room to join a meeting,” Smith wrote.