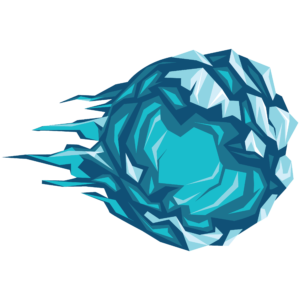 Developers can build web apps with all of the hooks and functionality of native by exploring Hadouken, a new open-source project based on OpenFin’s core technology.

OpenFin technology is a common layer that allows applications to be deployed and updated instantly, securely, and in a way that applications can work together. As of yesterday, OpenFin open sourced its core technology to the global developer community on GitHub, under an Apache 2.0 license.

The new project — Hadouken — is a framework for making web apps behave as native desktop apps. It can be used by any developer across any industry, and it expands OpenFin’s bank-grade technology beyond the financial markets, according to the company.

Hadouken uses standard web deployment to deliver apps just like a web browser. It runs cross-platform on desktop operating systems including Windows, Mac, and Linux. And, firms have already announced they will be contributing to Hadouken, including companies like Microsoft, NodeSource, J.P. Morgan, Morgan Stanley, NEX Group, and more.

Hadouken also provides an alternative to GitHub’s own Electron cross-platform development framework. Electron APIs let developers do pretty much anything, but in an unstructured and insecure way, according to OpenFin.

To change this, OpenFin’s project enforces Chromium security architecture and sandbox by default and supports a model of 100 percent web deployment of content.

In addition to Hadouken, OpenFin expanded its developer offering and announced the launch of OpenFin Community Edition. This gives developers free access to its operating layer for financial desktop web applications.

“Our new Community Edition provides a better alternative for firms who use open-source projects primarily because they are free,” said Mazy Dar, CEO and co-founder of OpenFin. “By also open sourcing, we’re providing transparency in our architecture, reducing lock-in and enabling direct contribution from the developer community. Both initiatives are part of our commitment to openness and interoperability.”

The OpenFin Core is the Javascript API for the Hadouken runtime. Developers can start building web applications with desktop experiences here.

Top 5 projects trending on GitHub this week
#1. Prepack: Prepack is a partial evaluator for JavaScript. It rewrites a JavaScript bundle, resulting in JavaScript code that executes efficiently.
#2. PKG: Package your Node.js project into an executable.
#3. Sizzy: A tool for developing responsive websites crazy-fast.
#4. Project Based Learning: A curated list of project-based tutorials.
#5. Ultimate Android Reference: Your road to becoming a better Android developer.