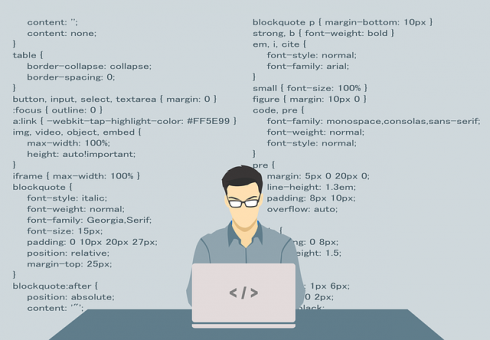 Most recruiters still rely on resumes when looking to fill developer jobs, not the candidates’ actual abilities. A recently released report by technical recruiting company HackerRank found 81 percent of recruiters primarily use resumes to assess developers, although the company predicts that will change.

“2018 will mark the end of the resume for evaluating developers. As more and more companies across all industries are hiring software engineers, it’s more important than ever to truly take the time to understand who developers are, what they’re interested in, what drives them, and what they look for in a job. Without this, hiring managers will continue struggling to find the best technical people,” said Vivek Ravisankar, co-founder & CEO of HackerRank.

In HackerRank’s Developer Skills Report, the company surveyed more than 39,000 software developers around the world to get an insight into developer talent. Based on this report, half of the respondents felt that their resume was not a good reflection of their abilities. However, companies say they do further evaluation on the candidate’s skills during the interview process.

“Every developer candidate takes a HackerRank coding challenge as the first step of the hiring process,” said Jawahar Malhotra, VP of engineering at HackerRank. “For senior developers, we make a concerted effort to make the challenge reflect the type of work they would do if they were to join. Before we send them the challenge, we have a context-setting conversation, so they understand the relevance of the challenge. We structure the challenge so it is real-world and the candidate has sufficient time to explore solutions. Should the candidate progress to a later onsite stage, we leverage the same challenge in a CodePair session. This allows us to explore the candidate’s problem-solving approach, in addition to further exploring their technical skills.”

Stack Overflow, an online community for developers, takes more of a research approach when it comes to hiring candidates. “First, the application is targeted — we read each cover letter to see why people want to work at Stack Overflow, rather than just any tech company,” said Casey Ashenhurst, leader of recruitment. “We also want to see evidence that the person is smart and gets things done. To do that, we look at the candidate’s resume and other materials like public artifacts, blogs, Stack Overflow profile, Github profile, etc. to see what they’ve done. We look for full-stack experience, specifically want to see the kinds of projects that they’ve worked on, and that they have they actually shipped code.”

In addition, Stack Overflow released a 2017 survey that focused on how developers are learning their skills, with more than 64,000 respondents.

HackerRank’s report found similar findings regarding the younger generation. Those developers are teaching themselves by using technology to their advantage, such as going on Youtube to learn new skills, while the older generation are reading books to gain their skills

“Self-taught developers can showcase their work through building their own digital portfolio,” said Ravisankar. “In fact, the study found that problem-solving skills are almost unanimously the most important qualification that employers look for in candidates, more so than programming language proficiency, debugging, and system design. Demonstrating computational thinking or the ability to break down large, complex problems is just as valuable (if not more so) than the baseline technical skills required for a job.”

Stack Overflow’s survey also provided an interesting take on education for developers and how it may not be everything: “Of current professional developers, 32 percent said their formal education was not very important or not important at all to their career success. A formal degree is only one aspect of their education, and so much of their practical day-to-day work depends on their company’s individual tech stack decisions.”

Nowadays, developers are also turning to coding boot camps to extend their skill sets, “Due to the high demand for professional developers, coding bootcamps have exploded in popularity in the past few years,” the Stack Overflow survey found. “Although commonly perceived as a way for non-developers to transition into a new career, we found that 45.8 percent of those who said they’d gone through a bootcamp were already developers when they started the program. This is likely because many developers decide at various parts in their career that they need to upgrade their skills or learn new technologies to stay relevant in the job market.”