GitLab: 2018 is the year for open source and DevOps 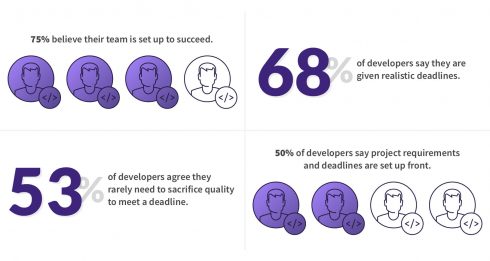 DevOps and open source aren’t slowing down anytime soon, a newly released report revealed. GitLab released its 2018 Global Developer Survey on developers’ perception of their workplace, workflow, and tooling within IT organizations.

The demand for DevOps continues to grow, even though there are still challenges created by outdated tools and company resistance to change. According to the report, only 23 percent identify DevOps as their development methodology. However, IT management has named DevOps as one of the top three areas of investment in 2018, indicating that the number of DevOps adopters is sure to grow this year.

GitLab found that most developers are in agreement that DevOps workflows save time during the development process. Teams that have adopted DevOps have confirmed that there is an increase in productivity, allowing them to spend at least 50 percent of their time on new work.

According to the report, an emphasis on open source tools is a unifying factor for all segments.