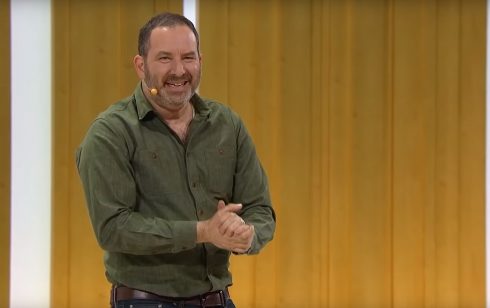 Advancing DevOps was a key theme at the recent Google Cloud Next conference in San Francisco. The most significant developments included the launch of the company’s Anthos hybrid extension of Google Cloud Platform (GCP) to Cloud Run, a new Knative serverless offering running in its Kubernetes service in the pipeline and various other tools to simplify DevOps.

DevOps, and what Google describes as a “shared fate” philosophy among IT ops teams and developers, was a key focus of the developer keynote session at Next. Leading that keynote was Adam Seligman, Google’s VP of developer relations, who oversees everything from the GCP cloud portfolio, Kubernetes, Auto ML and even gaming. Just before going on stage, Seligman sat down with SD Times, where we discussed Google’s efforts to expand DevOps capabilities.  Some comments have been edited for clarity and brevity.

SD Times: Are you seeing enterprise customers considering GCP more seriously than in the past?

Seligman: We’re seeing increased enterprise adoption of GCP at a faster pace. I’m getting pulled into CIO meetings and they say: “Train my 20,000 developers around the world, our bank is going big in the cloud, get us skilled up.” Also, not just the technology, they want to learn the practices and cultural stuff.

Presuming they have worked with other clouds in some form, what are enterprise customers looking for that’s unique to GCP?

There are other cloud platforms out there, but candidly it still feels like really early. And developer teams are trying to learn about productivity, DevOps culture, about operating services and SRE [Site Reliability Engineering]. There’s this whole journey there on skills beyond just the technology itself.

And in terms of skilling, what do they need to do to get to a DevOps model?

There are really two parts: the first part is all this infrastructure automation and here we’re talking about containers. And Anthos raises the water line of  infrastructure. Now they have this really awesome container infrastructure, where everything within that container world is managed by the cloud provider. And one of things we announced is that it is going to be managed by us, whether it’s in GCP, or it’s on-premises. And app dev teams can really go target that. They’re not responsible for these clusters of containers, they’re responsible for their app, and delivering a service. The second theme is helping these dev teams become super-productive and to shift to modern practices, doing DevOps. They don’t write an application, they deliver a service. Their job is to create this great service, get traffic routed to it, monitor it, test, canaries, have new features, keep the service reliable, stay within your error budgets, implement good survivability practices and all those kind of cultural things that are needed to operate a service, not just write an application.

In this mindset, do developers become more involved in the operations side of things?

Absolutely. And it’s a big cultural shift. Instead of throwing it over the fence and an ops team is supposed to figure it all out, we use a term here at Google called “shared fate,” which means the developers and operators and everyone else involved shares the same fate. This includes shared visibility into metrics, shared  blameless postmortems and a lot of transparency, because the whole team is in it together operating this service.

How does Anthos and Cloud Run on GKE change the world for both IT ops teams and developers?

The spirit of Anthos is to help customers accelerate their cloud journey. And there’s two parts to that: one is using cloud infrastructure like actually researching the clouds inside of their data center. But another thing is using the cloud software and patterns inside their data center. The Anthos announcement is about bringing both those things together: this great managed GKE [Google Kubernetes Engine] infrastructure in the cloud, totally parallel-managed with GKE infrastructure on-premises. Managed containers is the new water line for application development in your company. Period, whether it’s cloud or on-premises. But this sets up the second part, which is developers now have something modern with a new target. And for regulatory requirements, whether they need to run an application in-house inside their data center, that’s totally fine. But it’s a managed GKE service and they can use tools like Cloud Run to deploy to it. Now, you take any code, package it up, and then run it in a serverless model where researchers only burn the things that do the computation and we will manage the event routing, elastic scale, all of these new serverless capabilities that people want and we will bring it to them in both the cloud and in-house.

What’s your take on service mesh architectures? Clearly Google has taken a leadership role in the Istio service mesh project.

It’s really early days for service mesh architectures. The really big ‘a-ha’ in Istio and the class of service mesh technologies like that, is it’s a proxy, and you can just inject it in your app. And suddenly your observability level goes way up, because suddenly you can see all the traffic and suddenly you can add security policy, service naming and discovery. You go from being in a fog to having a whole bunch of observability into how your app works. And I think that’s really, really exciting for developers.

What about other service center architectures? Linkerd,  HashiCorp’s Consul, and of course you know that F5 recently announced it is acquiring NGINX. Is there room for all these different service mesh architectures?

I don’t think there’s one service mesh to rule them all. But for every use case, we’re pushing really hard and Istio is building a great open-source community around it. I think Istio has got a really bright future. I bet there’ll be more than one. There usually is in an open-source world, we’re really focused on Istio right now.

Of course, Kubernetes played a key role in paving the way for Istio. Are you surprised at the surge in Kubernetes support over the past year or so?

Kubernetes seems to be the core of everyone’s container infrastructure right now. And I think it’s good. It’s becoming like the new Linux from the perspective that it’s the standard platform for everyone to use. Now everyone has a managed container infrastructure. This lets app developers have lots of fun and just focus on their apps and services.

In the keynote demo when they showed the sharing of an app between GCP and AWS using Anthos, how will that work?

It was a preview of where we’re going, and it showed us managing containers on VMs.

Is it technically feasible to do that in a serverless scenario as well?

The thing I would just generally say is serverless is super-exciting. Our investment with Knative is to help bring serverless to the container world to add those benefits — not burning up resources when the app is not running. Just fast spin-up time, event routing, monitoring, security policy, all that to get that nice serverless kind of workflow but running on a container infrastructure. And our vision is to manage that container infrastructure, on Google Cloud, on-premises and in the future, multi-cloud.

How will the new Cloud Code tool work?

It lets the developer sit in the IDE of their choice, either VS Code or IntelliJ, and make all the automation to go from code to containers deployed. Super, super easy. The takeaway is really to let developers work the way they want to work. Using IDEs is super-important. Deploying the containers is super-important. But  let’s remove all the toil and the pain. You shouldn’t have to be an expert in Kubernetes to deploy Kubernetes, infrastructure should be managed and we provide that for you. So that’s kind of the vision.

A sober view of DevOps and the value it can create