Industry Watch: DevOps is an idea born by developers 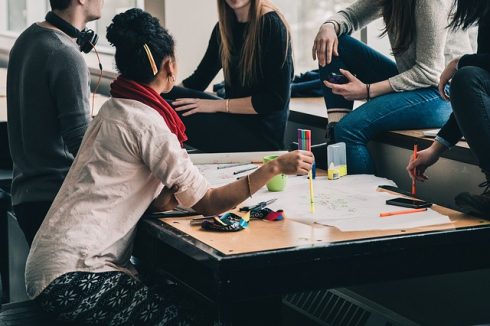 DevOps. What a concept. Developers and IT operations teams working together to ensure applications are performant, can scale, and can deal with multi-stage deployments and rollbacks.

But has it been a collaboration, or more like a railroading?

If you look at the industry since business executives bought into the need for speed in application development, developers have used that cover to force changes in how testing is (or isn’t) done, and are now using it to circumvent IT processes that have long protected businesses from costly downtime and security breaches.

“DevOps to this day,” he said, “is really built by developers and for developers, and it really feels like a misfit to try to force IT operations to use DevOps tools, given their heritage, because they were built with developers in mind… They’re great for developers but not for IT operations, and that’s kind of created a shift, a divide, and it seems like almost ever since DevOps has been gaining traction and popularity, the developer role within organizations has become more and more raised and lifted. Everybody’s trying to hire developers. Developers are kind of the kingpins of the technology world right now. Developers are held at the highest ranks of where people in technology look up to, and IT operations has really been left behind in all of this.”

Development and IT operations teams historically have had more of an adversarial relationship than a collaborative one, simply because each team has very different goals. Developers want to introduce new features and fix old ones; IT ops teams want to make sure changes to the application do not bring the system down, and that the app scales and meets performance metrics.

“IT operations has kind of that baggage history of being slow and not very responsive, and that goes against the agile ‘fast, let’s go, let’s go’ mentality of the day,” Carlson said. “That might have been fair 10-20 years ago, but it’s not a fair representation of what IT operations wants today. The reason that IT operations has the tradition of being slower is because they’re responsible for making sure things don’t break, and you can’t do that if you’re moving too fast. But, it’s not that they’re against automation, it’s not that they’re against being able to do continuous deployment, it’s just that they want to make sure they are able to manage the complexity with as minimal downtime as possible and as much scalability as possible, and those are things developers care less about than operations.”

Carlson suggested that a new term needs to be popularized: AgileOps. “It’s development thinking applied to an operational process,” he said.

“There’s a place in the tech world for both groups, and it’s kind of sad that IT operations has been left out of the discussion. It feels like IT Ops has been the forgotten stepbrother that doesn’t get invited to Christmas parties. You can’t do DevOps properly leaving out your forgotten stepbrother. It’s impossible to do it correctly because you’ll end up with code that doesn’t scale, that breaks, with downtime during high seasons.  We see this with things like the Bitcoin exchanges breaking every time new people want to sign up. It’s not working and why is that? There’s probably not a great IT operations team behind it because they thought, ‘We can do DevOps so we can handle anything.’ Well, it turns out that’s not quite as true as everybody thinks it is. DevOps as is without a complementary operations group is not nearly as good as it is promised to be. It’s not the solution; it’s only half the solution.”

And Carlson suggested a solution, under the new term “AgileOps.” The point, he said, is to give IT operations the tools that do the same things that tools for DevOps did for development. “DevOps reduced the software development life cycle for developers. If you have a philosophically similar approach for IT operations – trying to reduce the SDLC time – but you do it from the philosophic standpoint of IT operations, it is now a collaboration of equals instead of forcing developer tools down the throats of IT operations.”

At last November’s Gartner IT Infrastructure and Data Center conference, I revealed to a number of vendors that D2 Emerge was launching a news website dedicated to the IT operations side of DevOps. The news was met with very positive reactions, along the lines of “We need a site for IT Ops. We’re underserved.”

ITOpsTimes.com is now live, with news and analysis for IT operations managers. We hope that by shining a light on these issues, we can help the two sides attain parity.

developers, DevOps, IT, IT ops, operations