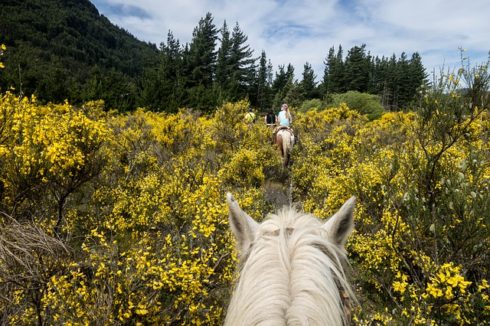 You’re working on a project that’s months late and millions over budget. Your developers move at a snail’s pace, being held up by unfilled requests server environments, authorizations to access needed data, and even to the codebase. You’re frustrated, your managers are mad and worried for their job security, and execs are jumping ship — either of their own volition, or pushed overboard.

What do you do?

In a delightful followup to his seminal work The Phoenix Project, author Gene Kim revisits the fictional car parts company that suffered from a payroll delivery failure and was wilting under the pressure to complete a digital transformation in his newest work, The Unicorn Project. Where the first book looked at the company’s efforts from the perspective of management, The Unicorn Project follows Maxine, a developer par excellence, who — after taking the fall as the “human error” in the payroll debacle — is reassigned to the Phoenix project, where she is greeted with everything described in this column’s opening paragraph.

“The reason that really motivated me to write the book was, even if organizations did all the things that got prescribed in The Phoenix Project … there’s still this problem where there’s still all these invisible structures that are needed to make developers productive,” Kim told me in a recent interview. “One of the main reasons that I wanted to retell The Phoenix Project was to show the equally heroic journey that happened not from the Ops perspective but from the Dev perspective and show just how awful life is and how great it can be,” he added with a laugh.

In The Phoenix Project, the protagonist, a character named Bill Palmer, was the VP of operations. The book looked at things, as Kim put it, from the bridge of a large ship, whereas The Unicorn Project is “a novel about the redshirts trapped in the engine room. I  think what I explore and posit in the book is that the daily work of developers is, if the future depends on developer productivity and software, then how daily work feels for that hands-on-keyboard developer. It’s probably one of the most important things that leaders should care about.”

Underlying the story are what Kim calls five ideals: Locality and simplicity; focus, flow and joy; improvement of daily work; psychological safety; and laser focus on the customer.  Organizations need to ensure developers are able to independently develop, deploy, test and create value for customers, and not require the entire company to do this, with meetings and approvals that can add delays for the business and negative feelings for the team. “When we have locality and simplicity, it leaves this sense of focus, flow and joy,” Kim explained, “where Dr. Mihaly Csikszentmihalyi in his amazing TED Talk, talked about flow, the sudden state of not joy, but like total immersion, and you lose yourself in the work, and even sense of self, this transcendent stage. There’s improvement of daily work being more important than daily work itself.” These five ideals, he said, are meant to describe the necessary conditions for a software organization “to really kick ass and win to the marketplace.”

However, in many organizations, the best developers work on features. In places like Facebook, Amazon, Netflix, Google and Microsoft, 3 to 5 percent of the best developers are working to improve the developer experience. In other enterprises, the people responsible for elevating developer productivity — those who work on the builds, the CI pipelines and infrastructure improvement  — are usually some interns, or the developers not good enough to work on features. That, Kim said, is completely inverted.

One of Kim’s goals with the book is try to define the qualities of leadership that organizations should model, and those qualities that should not be modeled. For example, Chris — the VP of development who shows up in The Phoenix Project and shows up much more prominently in The Unicorn Project— is actually quite a weak character. “He’s the one,” Kim said, “who says to Maxine, ‘Stay under the radar. Don’t rock the boat. We need a fall guy to take the blame for the payroll outage, and that’s you, Maxine.’ He’s the one who doesn’t want to put his neck on the line, to stick to the annual plans. He’s too frightened to be the leader of the rebellion, which is actually two levels down.”

That’s where Maxine thrives, reaching out to people within the development organization until she finds people willing to do what it takes to advance the work, without requiring meetings. She assembles a team of like-minded devs and IT pros whose goal is bigger than that of their siloed team or department.

Kim’s hope with the book is that it might create some uncomfortable conversations about an individual’s role in the organization. “Am I really committed to the rebellion or am I against the rebellion,” he asked. “Am I one of the good guys, or one of the ones in the way?”