The realities of value stream management 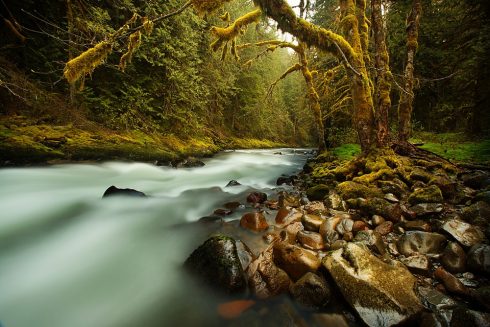 SD Times rang in 2019 with a January issue cover declaring this the year of value stream management. The hype machine is in high gear, touting the benefits of removing waste from your production process and assessing every piece of work you do to make sure it’s providing value.

The work of W.E. Deming is being referenced in this space, as he came up with the PDCA (Plan-Do-Check-Act) cycle for continuous quality improvement, which gave a flow to production efforts. But there’s a big gap between the lofty platitudes of value stream management and the realities of implementation. That’s where Lance Knight, senior vice president and general manager at Orasi company ConnectALL, said the rubber meets the road.

RELATED CONTENT: What problem are we looking to solve with value stream management

“I think the reality of value stream is the same as the reality of agile, the same reality with DevOps,” he said. “Everybody has done ad hoc, toe-in-the-water, trying a couple tools, and they’re expecting results and not seeing them, because they’re just kind of toying with it. Adopting these principles is not about the tool, so when it comes to DevOps, the other reality — and this is my firm opinion — is that they’re not changing culture. I’ve been around a long time and I worked in IT manufacturing, and when I was a younger man, it was IT command and control. And that has to change to really get DevOps adoption. If you keep thinking about how you’re going to control it, and not enable it, all you’re worried about is controlling.”

People think they grasp the notion of making sure everything they do is adding value to the process of creating a product or the product itself, but it’s proven hard for many software engineers to get their heads around. Part of that is because the concept was originally applied to hardware manufacturing, not software development.

“The challenge is, software is an intangible,” Knight said. “When you’re building a widget, it’s always the same. So you have to attend for that when you’re looking at value stream and software. And then feedback loops are really important today because what’s really important when you look at it as a company, and why value stream should be implemented, is you need to handle two major forces. That is, time to market needs to be better than your competitors, bar none, and a good customer experience at the local branch of the bank isn’t it anymore; is all digital focused. All customer-facing stuff is digital today. You need to have a better experience and you need to bring more things to that digital experience and time to market is so important.”

Reality 2: No one has done value stream end to end, so there’s not a lot of expertise
ConnectALL is looking to build a true consultancy around value stream design. It’s important to take an end-to-end approach in value stream management, from ideation to implementation, so you can make the improvements necessary to gain velocity and make your processes more predictable. Unfortunately, value stream management products do not come close to spanning all the things production teams are being asked to do.

Other areas within software development also have a mature market of consultants, who have “been there, done that” to guide organizations to success. Knight said that this has yet to fully evolve in the value stream space.

When Knight was doing value stream mapping, he would look at the company’s workboard intake and break it into sections. “I would take that,” he said, “and I would say, ‘Here’s where you have all kinds of areas of waste between all of these.’ Now looking at this, you should look at this section here where you’re doing running development this way, why don’t you do this iteratively? Let’s do Scrum here. Your operations, you’re waiting all this time for test to put something up into production and you have a six-month lead time from something coming out of coding and testing for it to get into production. That’s long. Why is that? Maybe you want to look at tools that automate.”

Examining your tool integrations is also important, as part of the process evaluation. If data exchange between components is slow, or if integrations exist that are seldom used, a company might consider changing how that communication occurs, or even if it should at all.

Reality 4: Getting to the metrics of the matter
“Nobody can put their finger on the metrics,” Knight said. “Some are looking at measurements and calling them metrics.” For instance, he said, looking at cycle time is a measurement of how your flow is performing. The better metric to examine, he said, is to see if there’s a consistent drop in cycle times over time, and then make a determination about what to do to correct it. The problem as it relates to value stream right now, he said, is that no one really knows what metrics to gather, and so they have not even begun collecting data.

Then there is the issue of software vulnerabilities. Companies should react to and plan for vulnerabilities very early on in production. If a vulnerability is exploited, and the company can’t remediate the issue quickly to resume getting things through to customers in a short period of time, that company is opening itself up to risk.

“When I was a kid, I went to the bank and opened up my first account, the nice lady smiled at me,” Knight said. “Nice teller. Now, when’s the last time you went to your local bank branch? It’s rare. You used to go weekly, or daily. Now it’s all online. All your information is there too. If there’s a vulnerability, if they don’t react quickly…”

That’s what’s at stake today in the digital world. But the upside, Knight said, is that value stream management is really just getting started. The positives are that people are looking at it as a way to improve their production. “At first it was a buzzword, and everyone began jumping on the words. Now, they see it was a way to get rid of their black-box IT.”