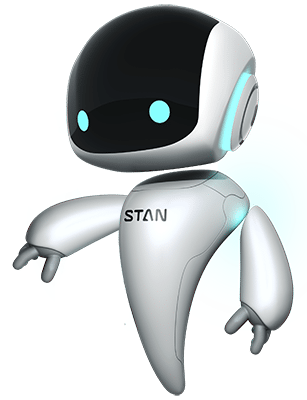 Digital transformation is one of those terms being bandied about from all corners of the IT universe, which makes it difficult to define, and even harder to understand what it means to successfully do it.

One camp of thought is that it means becoming more agile in your development and business processes. Mirko Novakovic, CEO of application performance monitoring software supplier Instana, believes the transformation occurs when IT no longer merely supports the business but becomes the business. He told of being at an innovation workshop at a big bank in the UK, and how one of the bank’s group CEOs declared the company is transforming the bank into a technology company. Of course, for now, the traditional banking business will continue to drive revenues, but the bank’s leaders see a digital future.

This path to transformation requires a number of changes to occur: changes in leadership and management style, changes in the jobs and roles of workers, and changes in corporate culture.

A digital transformation has to be driven from the top executives, but in many organizations, existing leadership has no experience in the digital world. Novakovic cited the example of German auto manufacturers. “If you look at the CEOs of the car companies, five years ago they were all running around in suits and ties, now they’re running around in sneakers without ties. It’s just a symbolic thing, but in Germany it’s a big symbolic thing….It’s a full culture change, like managing by example. You have to represent this whole culture change from the top down, and that’s a really big thing that’s happening right now.”

If the current management structure doesn’t have experience in running a digital business, it will be hard for the company to compete against upstart digital industry disrupters. In this case, think Tesla.

Of those German car companies, Novakovic said: “Think about a management structure, from CEOs down through the management level, you basically have mechanical engineers. For the past 20-30 years, they built the best mechanical engines for cars, and now they have to understand that’s not the real deal anymore. Tesla has no mechanical engine, it’s electrical, and it’s basically 70 percent software, not many moving parts anymore. I think it means you have to bring other people into management positions, people who are more digital thinkers. At [the UK bank], there were 5 group CTOs who all came from digital startups or bigger digital companies, who are now driving this digital transformation, and they’re hiring their own people. It’s essentially a new type of people getting into these companies and driving change.”

Even with the right management in place, fully aligned with the plan for transformation, changing an entrenched corporate culture is difficult at best. Novakovic said he had a conversation with the CIO at a leading German car manufacturer, who explained the company was adopting a bimodal IT model, in which one IT team works in an agile way to deliver more frequent software updates while another team works in the more traditional “waterfall” way that results in fewer defects and is more sustainable. The move to bimodal IT failed, Novakovic said, because “the guys in mode 2 felt like they were not needed anymore in the future, and they were not part of the new business, so the company now said, ‘We have to build an IT where everybody is agile,’ otherwise they don’t get it culturally.”

Successful digital transformation also involves re-configuring teams to become more autonomous and selfmanaging, which provides greater flexibility for making decisions and driving value in the context of their work. But it’s not only about training workers to take on new tasks, Novakovic said; it’s about putting tools in place that enable communication and collaboration between team members who had been siloed before in the older IT structure.

“The whole app delivery organization is now more working together, where before you had the IT at least split up into development and operations, and probably the business part,” he noted. “Because people need more speed, we see that these teams are coming together. Not only do they get more responsibility because they have to move fast, they also have more authority to drive the business forward at a faster pace.”

Novakovic cited one final piece of the transformation puzzle: Automation. Shifting routine manual tasks that can be done by a machine frees up workers to focus on core business solutions and drive business value.“Automation is a big part of that transformation” Novakovic said. “[Instana] helps to automate this whole idea of monitoring these new digital products, the software and the infrastructure of these products, without the need of people who need to configure it, who need to set alerts, who need to manually instrument and look at data.”