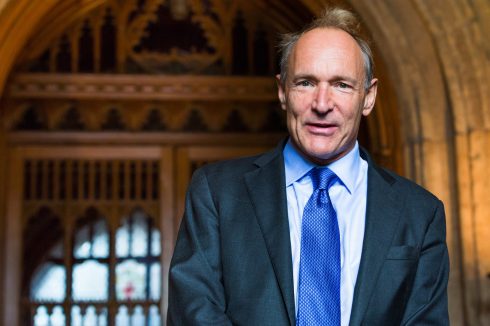 Web inventor Sir Tim Berners-Lee is continuing his effort to protect the web. Today is the 29th birthday of the World Wide Web, and while we have seen many improvements in terms of connectivity, Berners-Lee believes there are still many threats.

“I remain committed to making sure the web is a free, open, creative space — for everyone,” he wrote this year.

While last year’s threats are still prevalent, this year Berners-Lee is focusing on closing the digital divide, making the web work for people, and bringing more voices to debate on the web’s future.

“Today, the World Wide Web turns 29. This year marks a milestone in the web’s history: for the first time, we will cross the tipping point when more than half of the world’s population will be online,” he wrote. However, there are still many people without Internet access, and that is causing a divide between those that do have Internet, Berners-Lee explained.

“To be offline today is to be excluded from opportunities to learn and earn, to access valuable services, and to participate in democratic debate. If we do not invest seriously in closing this gap, the last billion will not be connected until 2042. That’s an entire generation left behind,” he wrote.

Berners-Lee also believes that the web is not what it use to be. “What was once a rich selection of blogs and websites has been compressed under the powerful weight of a few dominant platforms. This concentration of power creates a new set of gatekeepers, allowing a handful of platforms to control which ideas and opinions are seen and shared,” he wrote. To ease the tensions, he suggested having a legal or regulatory framework in place to take account of social objections.

Lastly, Berners-Lee believes there needs to be a greater discussion about the web and how it can be improved. “Two myths currently limit our collective imagination: the myth that advertising is the only possible business model for online companies, and the myth that it’s too late to change the way platforms operate. On both points, we need to be a little more creative,” he wrote.

“Today, I want to challenge us all to have greater ambitions for the web. I want the web to reflect our hopes and fulfil our dreams, rather than magnify our fears and deepen our divisions,” he continued.